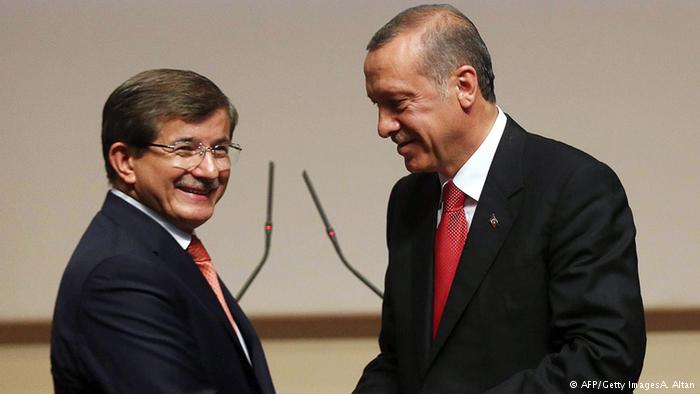 After reclaiming their parliamentary majority in November, AKP lawmakers are set to retake key positions in the government. The Turkish prime minister has been instructed to form the new government.
Turkish President Recep Tayyip Erdogan on Tuesday reappointed Justice and Development Party (AKP) leader Ahmet Davutoglu as prime minister, providing the conservative leader with a mandate to form the country’s government.

Erdogan, who founded the AKP, met with Davutoglu on Tuesday as new members of parliament were sworn in.

After losing their 13-year-long parliamentary majority in June, the AKP won nearly 50 percent of the vote in November’s elections, granting them 317 out of 550 seats in parliament.

The party’s resurgence in the elections surprised analysts and commentators, who expected the AKP to perform reasonably well, although not as decisively as they did on November 1.

Davutoglu is expected to name his ministers on Tuesday or Wednesday, after which Erdogan must sign-off on the recommendations.

The government is likely to see Erdogan-loyalists appointed to key positions, especially the country’s economic team.

The decision comes as Erdogan seeks to make constitutional changes that would usher in an executive presidential system, granting the Turkish presidency powers similar to those found in the US executive branch.

A new era for Egyptian-Turkish relations

A war of nerves rages between Erdogan and Turkey's military