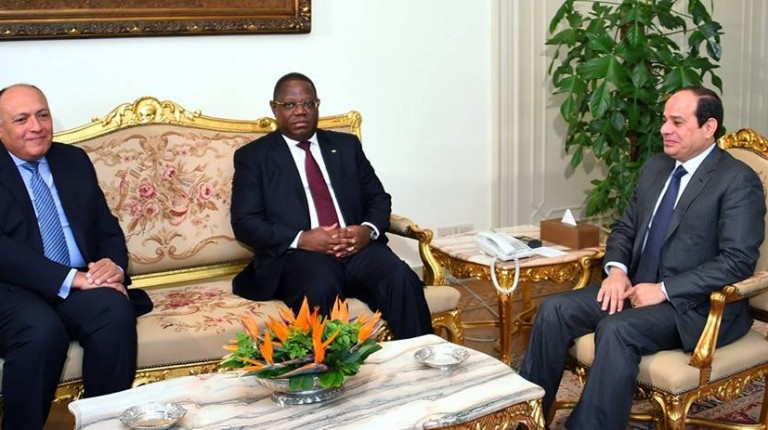 Bongo expressed his country’s aspiration to develop bilateral relations in all fields. He further expressed gratitude towards Egypt’s role in the field of healthcare through the Egyptian hospitals in Gabon to provide healthcare for the Gabonese citizens.

In turn, Al-Sisi praised the economic and social developments in Gabon that took place over the past few years, which he said reflect the efficiency of the development vision of Gabonese leaders.

Al-Sisi highlighted his interest in enhancing the relationship between Egypt and other African states, including Gabon.

Egypt provides Gabon with technical support, and contributions to its economic and social development process, and receives students at Al-Azhar University.

Issoze-Ngondent congratulated Al-Sisi for Egypt’s membership in the United Nations Security Council and expressed his trust in Egypt’s potential to defend all African countries’ interests.

He also discussed the development efforts in Gabon, mentioning the big opportunities that Egyptian companies have to contribute to the development of the country’s infrastructure.

Al-Sisi concluded the meeting by sending an invitation to the Gabonese President himself to continue discussions of enhancing bilateral relations.