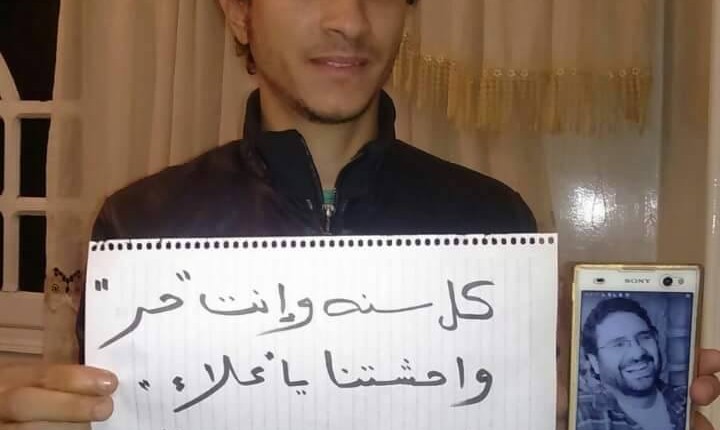 Abdel Fattah, along with 21 other defendants, was sentenced in February to five years in prison over charges of violating the protest law in a demonstration outside the Shura Council in 2013.

“Celebrate with us by taking a group photo that we can take in to show him in the next visit,” the organisers wrote on the event page, promising to print the posts out and try to get them in to Abdel Fattah in the next prison visit.

Using the hash-tag #Alaa_is34, Facebook and Twitter users from several countries around the world have posted photos along with messages of support and celebration.

Several friends of Abdel Fattah’s celebrated his birthday on Saturday, as he was facing trial on charges of insulting the judiciary. They attended the trial while holding banners that read “Happy birthday Alaa”.

October marked one year since Abdel Fattah was imprisoned. On 27 October, social media users changed their profile pictures and Twitter avatars to Abdel Fattah’s picture and used the hash-tag #FreeAlaa to express their support for him.