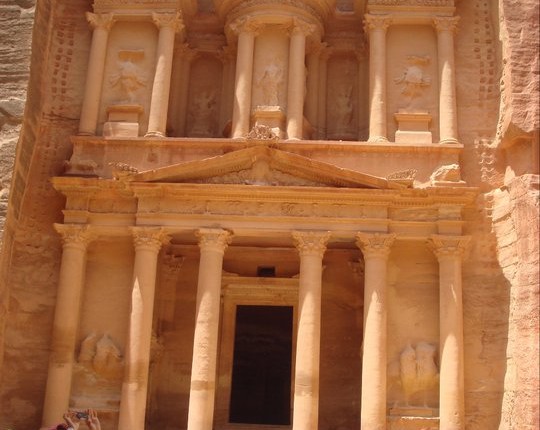 Days after the Russian plane crashed in Sinai, the UK halted all flights to Sharm El-Sheikh until the results of the investigation were revealed. Russia shortly followed suit by cancelling all flights to and from Egypt. The Tourism Board in Jordan adopted new measures to encourage Russian tourists to visit Jordan, offering an alternative to the Egypt’s most famous tourism spots in Sinai.

According to the Jordan Times, Managing Director of the Jordan Tourism Board (JTB) Abbed Al-Razzaq Arabiyat said they are contacting with Russian and British tour operators to promote tourism to the city of Aqaba. The JTB called on the Royal Wings to offer the Russian market cheaper flights to encourage Russians to visit Jordan, which was welcomed by the airline.

In an attempt to support national tourism, some travel agencies launched packages to Sharm El-Sheikh at affordable prices, such as Tez Tour Egypt.

Jordan enjoys various touristic attractions that can become competition to those of Egypt, especially following the latest incident. The coastal city of Aqaba on the Red Sea has a similar climate to Sharm El-Sheikh and the historical city of Petra could grow to become a destination to tourists interested in history and archaeology. Wadi Rum or the Valley of the Moon can also serve as an alternative desert safari spot. The Dead Sea is already one of the world’s top health resorts.

Egyptian tourism will also have to compete with Easyjet’s other favourable destinations; Morocco, where the cities of Agadir, Casablanca, Essaouira, and Marrakech have been prominent destinations after Egypt’s Hurghada and Sharm El-Sheikh. Now that the airliner’s flights to Sharm El-Sheikh are on pause, demand on flights to Morocco is expected to increase.