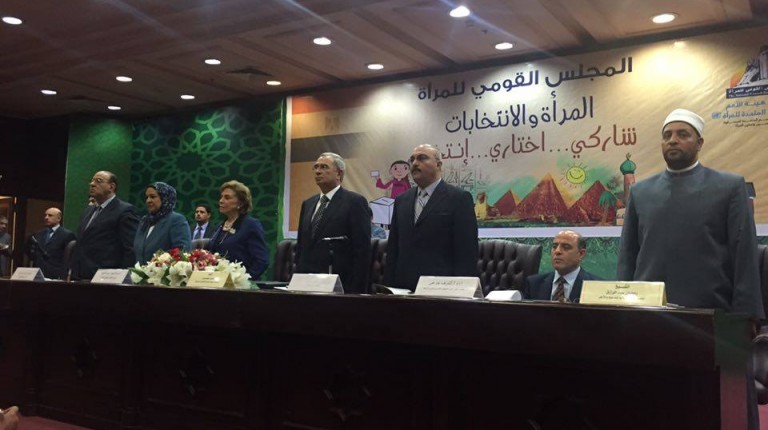 The National Council for Women organised a conference on Wednesday entitled “Participate, Elect, Choose” to encourage Egyptian women to vote in the second stage of parliamentary elections.

“The first stage of the election proved that we women are a lot in Egypt and that we are more than men and even stronger. Five candidates won in the first stage and two other from the Imbaba district, which clearly shows that we can do it,” Al-Tallawy said.

On his part, Komsan explained the voting process and stressed on avoiding bribes to maintain the elections’ integrity. He commented on the youth’s absence in the first stage by saying that most of the candidates are youth, aged between 25 to 45, and that the  candidates’ advertising campaigns were managed by youth.

Komsan narrated stories of Egyptian women in history to highlight their role in maintaining the country’s stability during foreign occupations. He also highlighted the importance of the people’s participation in Upper Egypt governorates.

He added that the ministry established operation rooms to be responsible for receiving voters complaints and requests for assistance.

A woman from Hadayek Al-Qubba told Daily News Egypt that she still does not know about candidates in her area and she went to the conference to find out. Another woman from Damietta said she sought more awareness on the parliamentary elections process.

Shadia Saeed, an official with the Halmana Association for Development, told Daily News Egypt: “I brought all the women we deal with in the association to increase their awareness about the voting process and their rights and position and the society.”

Saeed added that she still does not have any information about the candidates in her area, and she was interested to attend the conference to know how she can choose the appropriate candidate.