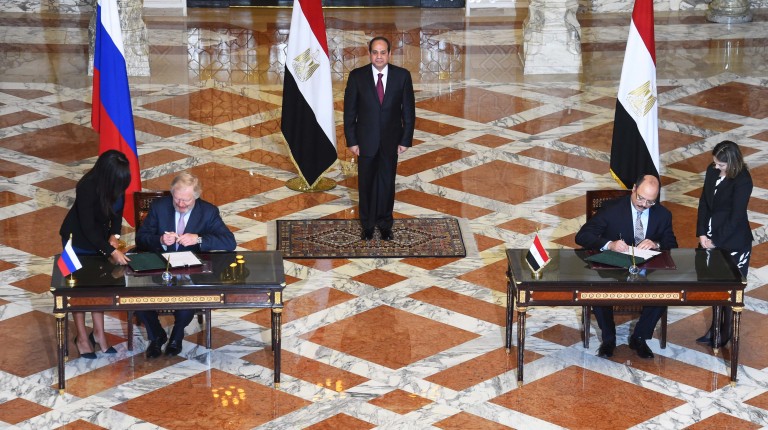 Egypt is finally going to launch its nuclear program aimed at electricity production, a dream that the country has had for a long time, according to President Abdel Fattah Al-Sisi.

On Thursday, Egypt and Russia signed the agreements for the Dabaa nuclear plant, via the Russian atomic energy state corporation Rosatom.

The Dabaa plant will have four nuclear reactors, at a capacity of 1,200 MW each, the first two to be completed within 9 years.

Russia will finance the project, the Egyptian presidency stated. Egypt is only contributing with 20 percent and agreed to payback Russia over a 35-year-plan, from the revenues of electricity production.

The agreements come amid an ongoing Egyptian-Russian cooperation, which Egypt hopes to benefit from with arms’ provision.

Attendees included Ministers of Electricity, Renewable Energy, along with Ambassador to Cairo Sergei Kirpichenko and Russian vice-president of the Federal Environmental, Industrial and Nuclear Supervision Service of Russia.