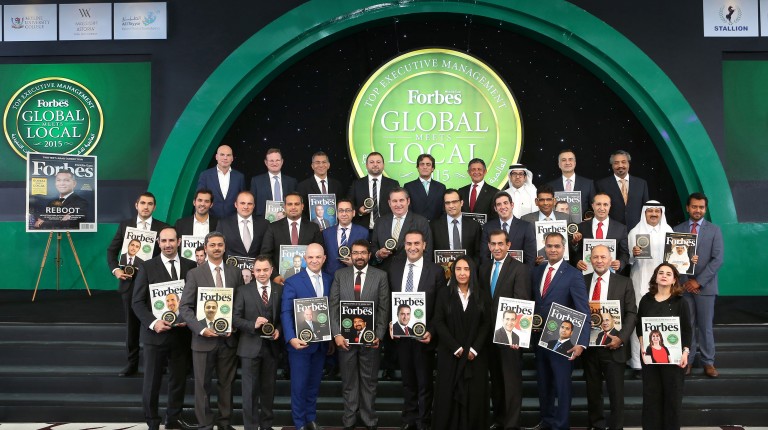 Forbes Middle East unveils its list of Top 100 Executives in the Middle East leading the regional offices of the Forbes Global 2000 companies, which ranks the world’s largest publicly-traded companies based on sales, profits, assets, and market value. The new revealed ranking celebrates the Top 50 Executives in Arab companies.
“The businesses they pioneer cover 25 sectors, with the majority in technology, banking, industrials, and automobiles,” Forbes reported. “The multinationals with regional offices in the Middle East are from across the globe, but with Europe and the US dominating”.
About 93% of the top 100 business executives have their regional headquarters based in the UAE.
Forbes Middle East put together two rankings from the Global 2000, one highlighting the top 100 Middle East-based regional heads of those multinationals. The majority are tech companies while the other lists 50 are Arab company executives who oversee their home market. Bankers dominate the list so
All 50 executives have been in their current position for more than a year and two-thirds of them worked at least 20 years with their company.
Forbes noted the US dominates with 43 companies and the UAE serves as the business hub of the region with 93 regional heads based in the country.
Forbes Middle East is a licensed edition of Forbes Media, a global media company with a focus on news and information about business, investing, technology, entrepreneurship, leadership, and affluent lifestyles.
Topics: Forbes UAE