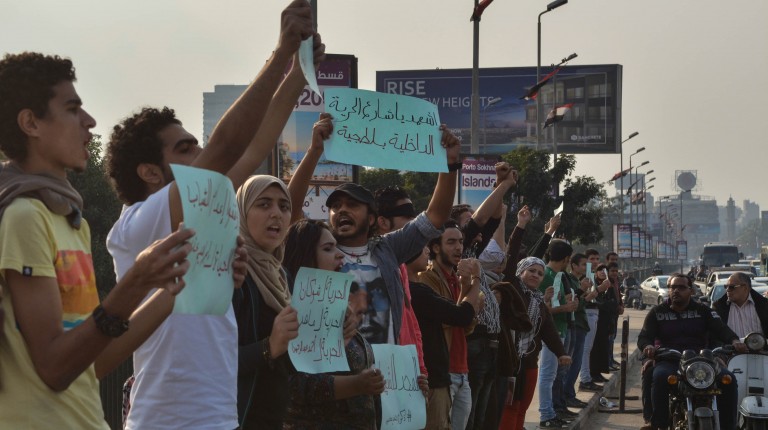 Five protesters were arrested on the 6 October Bridge on Thursday while dozens of activists were gathering to commemorate the fourth anniversary of the Mohamed Mahmoud clashes.

The activists chanted for the dead protesters who were killed in the noutorious 2011 clashes and demanded trials for the security officials who then gave orders using live rounds. They also called for the immediate release of political prisoners and journalists.

The gathering took place on the 6 October Bridge above the Al-Gizera Youth Club near Dokki, where a security raid ambushed the protesters and arrested five people.

Unofficial sources say that the detained protesters were taken to Qasr Al-Nile police station and were interrogated by the Homeland Security apparatus.

A representative from the Ministry of Interior was contacted to comment on the arrest but they did not confirm or deny the incident.

The violent Mohamed Mahmoud clashes in 2011 were reported to have left more than 40 people dead.

Mohamed Mahmoud monument: a statue or a podium