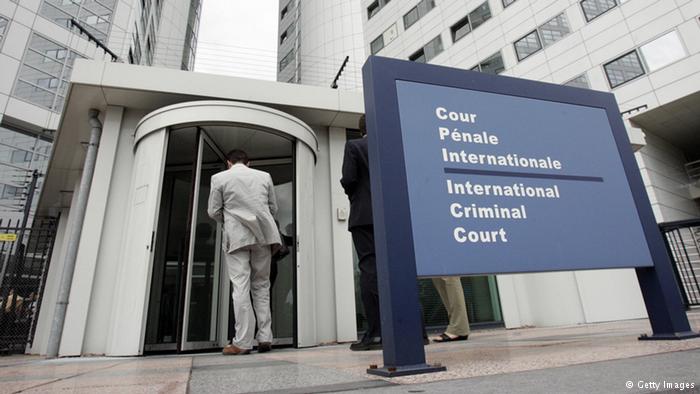 At a meeting in The Hague, the African Union has been venting disillusionment with the ICC, the world’s only permanent war crimes court. Court officials say member states risk compromising the court’s integrity.
“We have arrived at the conclusion that the International Criminal Court, whose establishment was strongly supported by Africa, is no longer a court for all.”

Ethiopian Foreign Minister Tedros Adhanom Ghebreyesus was speaking on behalf of the African Union (AU) at the 14th session of the Assembly of States Parties.

This is the name given to an annual meeting between the 123 countries that have signed up to the ICC’s founding Rome statute.

The court was set up to try the world’s worst crimes, including genocide.

The AU has accused the court of unfairly targeting Africans for prosecution, as the majority of its cases come from the continent.

This included a failed case against Kenyan President Uhuru Kenyatta and a faltering case against his deputy William Ruto on charges of crimes against humanity for allegedly masterminding deadly post-election violence in 2007 and 2008.

Kenya wants the Assembly of States Parties to debate an amendment which has allowed the prosecutor to use previous testimonies, which were later recanted, to strengthen the case against Ruto.

“We believe the trial chamber judges acted outside of their authority in agreeing [with the prosecutor] to admit recanted evidence in this ongoing case,” Kenya’s Foreign Minister Amina Mohamed said.

But the rights group Human Rights Watch (HRW) says this decision has since been appealed and was pending before the Appeals Chamber. Kenya should be encouraged to wait for the conclusion of the appeal, HRW said.

On Tuesday (17.11.2015), ICC officials warned in a letter published by the website Journalists For Justice that member states risked compromising the court’s integrity.

The court’s president, prosecutor and registrar said “States parties must robustly safeguard the independence of the ICC’s judicial process.”

South Africa is involved in a spat with the ICC over failing to arrest Sudan’s wanted leader Omar al-Bashir when he travelled to Johannesburg for an AU summit in June 2015.

The ICC’s chief prosecutor Fatou Bensouda said Pretoria “should have arrested Bashir and surrendered him to the ICC, once he found himself on the territory of South Africa, which is a state party to the Rome statute and has treaty obligations under the statute.”

But South African Foreign Minister Maite Nkoana-Mashabane told AFP Pretoria “could not arrest Bashir because he was attending an AU summit as an international head of state.”

Both Kenya and South Africa have threatened to withdraw from the court.

Replying to criticism about the large number of African cases in the court, Bensouda said it was true that all cases on trial were from Africa and that all the people in the dock were also from Africa. But she said that “all cases with the exception of Kenya, Sudan and Libya, were at the request of African states asking for the ICC’s intervention.”

Evenson said this double standard needed to be erased. “But it doesn’t undermine the ICC ability to act where it can and deliver justice for victims where it can do that.”

Since the court was launched in 2002, more than 30 people have been indicted but only two have been convicted. One has been acquitted: Congolese ex-milita leader Mathieu Ngudjolo Chui. He was accused of war crimes in connection with an attack on a village by ethnic Lendu forces in the Ituri region in which more than 200 villagers were slaughtered in 2003.