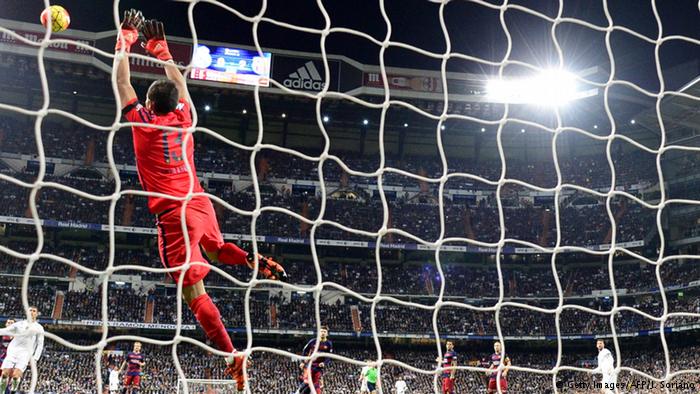 La Liga’s Barcelona has made a stunning show of force against arch-rivals Real Madrid by claiming a 4-0 victory. Real Madrid’s crushing defeat led to calls for the team’s president and coach to step down.
Barcelona on Saturday brightened their hopes of a sixth La Liga title after humiliating Real Madrid with a stunning 4-0 victory.

The match gave Barcelona a league-topping surge, bringing them up to 30 points with Real Madrid trailing six points behind.

“This victory is glorious, especially in the way that it came about,” said Barcelona boss Luis Enrique after the game.

“We were the better side and the triumph is down to us. There is a long way to go but it is always important to win here…It has been a great all-round performance. It will go down in history as a memorable game for Barcelona,” Enrique noted.

The crushing defeat for Real Madrid gave way to fans chanting calls for the team’s coach Rafa Benitez and President Florentino Perez to step down.

“It would not be fair to criticize my players for a lack of desire,” said Benitez, according to DPA news agency.

“Now I just want to leave this behind and focus on the next game. I congratulate Barcelona, they were very effective today,” Benitez added.

Football fans to be dazzled by FIFA's Club World Championship