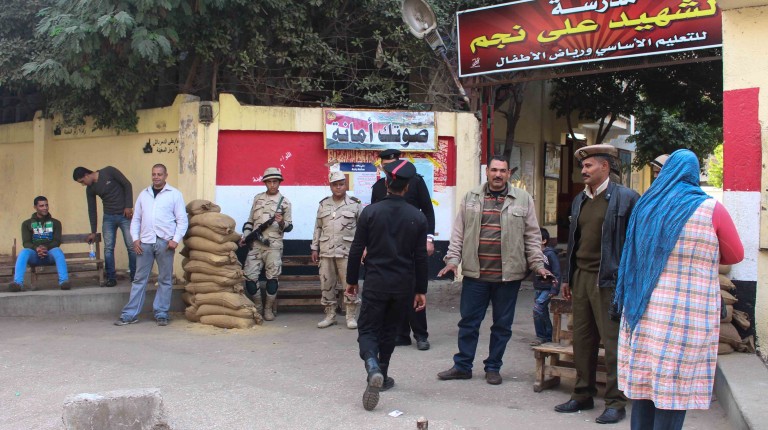 Voter turnout increased on the second day of phase two parliamentary elections according to a number of electoral parties on Monday, while violations in the process continued.

Al-Tagammu Party spokesman Nabil Zaky told Daily News that the turnout was not same in all constituencies. Some had a voter turnout on the same level of the first phase, while others constituencies had a higher turnout.

“Several violations were definitely reported this round; the efforts by businessmen to direct voters were very prominent,” he said.

Zaky said electoral campaigning was widespread, expecting the failure of coalition parties and the success of the independent candidates with a large percentage. He added that the turnout increased this round as people truly need the parliament, noting that there were a number of errors by the Supreme Electoral Commission (SEC).

On his part, spokesman of Future of a Nation Party Ahmed Samy told Daily News Egypt: “The turnout was low than the first day of the second round. The common violations observed are voting-buying operations that are widely spread among voters.”

Samy however affirmed that security personnel and the armed forces proved capable of securing the polling stations and confronting the violations since they were highly present in the vicinity of polling stations.

Samy concluded that the party cannot predict election results, but he believes that the Future of a Nation Party candidates will be present in the 2015 Egyptian parliament.

Meanwhile, blatant bribes and other noteworthy violations were recorded by other observatory committees and electoral parties during the voting process on the first day of the second phase parliamentary elections.

The buying of votes and bribery were witnessed in the Qasr Al-Nil and Boulaq Abou El-Ela constituencies, as well as Hayadek Al-Qubba, and Ismailia. People who tried to photograph the violations were assaulted by candidate campaigners, according to the Egyptian Social and Democratic Party (ESDP).

In the Moqattam district, the vote purchasing price was EGP 200, whereas in Nasr City it reached EGP 500. In other locations, such as Al-Zaitoun, bribery was in the form of nutritional supplies. The ESDP filed police reports against the violators.

Not only did the campaigners distrubute funds to citizens to vote for their candidates, but they also advertised for them near and inside some stations in a bid to influence the voters’ decisions.

However, when the ESDP representative in committee number 32 of the Boulaq constituency attempted to file a report against the campaigners inside the station, the judge declined his request and he was kicked out of the station as a result.

Another ESDP representative was also banned from entering a committee located in Nozha and Heliopolis. Voters were also transported in minibuses on the first day near two Boulaq committees.

Meanwhile, Essam Khalil of the Free Egyptians Party confirmed the existence of violations and bribery practices, especially in certain committees, without mentioning further details.  He also noted that turnout was higher on the first day of the second phase than it was during the first phase.

Meanwhile, the Future of a Nation Party noted that its secretary was assaulted by the brother of candidate Mostafa El-Kamar in Shebeen Al-Qanater in the presence of security personnel and the armed forces in the vicinity of the polling station. It further noted that voter turnout was high in Cairo, Kafr Al-Sheikh and Menufiya, with mostly the elderly and women going to vote.

On its part, the Egyptian Center for Women’s Rights (ECWR) reported several violations, including vote buying in the Sayeda Zeinab and Basateen constituencies. Representatives were buying votes for only EGP 50, according to the ECWR, noting that delegates base the purchasing amount on the social status of the area.

The ECWR observed attempts to direct voters, as well as electoral campaigning for a certain candidates in  Qaliubiya, Cairo, and Gharbeya. It further highlighted administrative errors in various governorates by the Supreme Electoral Commission (SEC), including incorrect polling station numbers.

Moreover, a representative of one of the female candidates was assaulted in Boulaq Abou El-Ela by supporters of another candidate when he attempted to take a picture of them bribing voters. In the Suez governorate, one female candidate noted that a number of ballot boxes were left uncovered in committee 154.