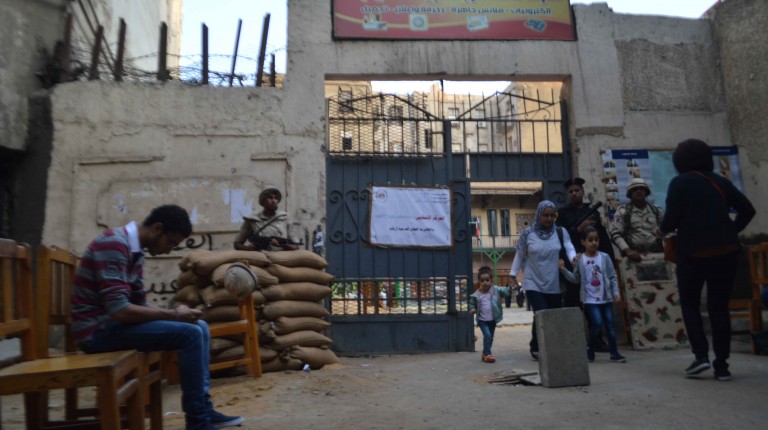 In Daqahleya, there was a 26% eligible voters turn out on the first day. It reached 26% in the capital of Mansoura.

In Mansoura, the election paper contained a row on the paper with the word “excluded”, referring to one excluded candidate, which confused people since they thought that any name on that row was excluded.

One Mansoura candidate, Nouman Samir, decided to sue the Supreme Electoral Commission (SEC) for cancelling him from the election. “People think I am excluded,” he told Daily News Egypt.

Violations such as directing the voters to choose one candidate were observed in some polling stations in the governorate, according to Maat foundation.

In Kafr Al-Shiekh, voters are choosing between 20 candidates to represent the governorate in the next parliament. Governor Osama Hamdy commented to local media regarding the delay in some polling stations, saying one judge had a car problem.

Hamdy told a local TV station that the elections are going well on the second day.

In Gharbeya, the turnout on the first day reached 15%. One polling station was delayed in the city of Mahalla.

In Damietta, security forces removed several signs of one candidate in front the polling station. Security said any person wearing shirts with print of the candidates’ pictures as any electoral campaigning inside the pollig stations is illegal.

The turnout was below average in the governorates of Port Said, Daqahleya, and Sharqeya, according to the Maat foundation’s monitoring report.