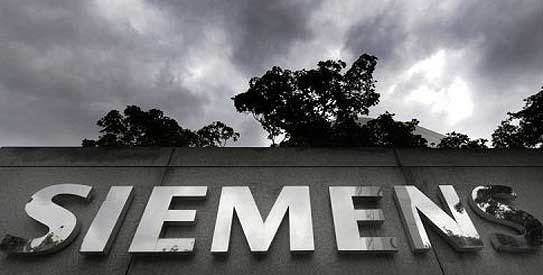 German industrial giant Siemens, in a consortium with Egyptian company Elsewedy Electric, signed a Financial Close agreement for a combined cycle power plant project in Beni Suef that is expected to generate a power capacity of 4,800 MW.

The value of the agreement is evaluated at €2bn, whereby the signing ceremony witnessed the attendance of Egyptian Prime Minister Sherif Ismail as well as the Italian and German ambassadors to Egypt.

The convention indicates that the consortium of Siemens and Elsewedy Electric will provide 85% of the foreign financial component in the project.

Meanwhile, the project is expected to begin operations by the end of 2016, by adding a capacity of 2,400 MW, while the rest shall be added by mid-2018.

In June of this year, it was announced that Siemens and Orascom Construction plan to build two combined cycle power plants, each with a power capacity equivalent to 4,800 MW.

The first power plant is set to be located in Borollos in Kafr Al-Sheikh governorate, while the other will be built in the new administrative capital.

The contract value of each of the projects is €2bn, while Orascom’s share amounted to €1.6bn.

Both plants will start operating by the end of next year and to reach full capacity by mid-2018, along with the Beni Suef power plant.

Earlier in October, CEO of Siemens Joe Kaeser said the company is considering expanding its electricity agreement with Egypt. He further added in a statement that Egypt’s electricity network is suffering due to the increase in demand. As such, he said Siemens needs to build new turbines “as soon as possible” in order for Egypt to increase its production capacity before the summer season.

In June, Egyptian President Abdel Fattah Al-Sisi signed a contract worth €8bn with Siemens during a visit to Berlin. The projects to be implemented are expected to increase Egypt’s power generation capacity by 50%. With the installations being completed, this would add 16.4 GW to the country’s national grid.

The official signing of the €8bn binding contract came a few months after Egypt’s Economic Development Conference that was held in Sharm El-Sheikh in March, where a memorandum of understanding (MoU) was signed between Egypt and Siemens.