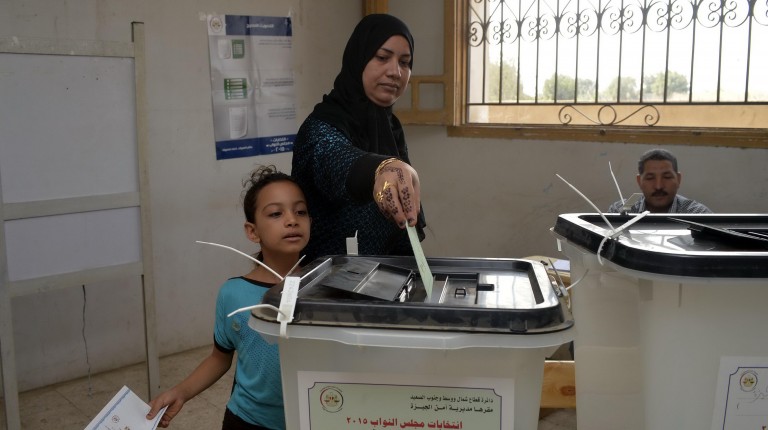 For the Love of Egypt electoral list, which is run by Sameh Seif El-Yazal, appears to have won all 60 seats elected on the closed-list system during the second phase of Egypt’s parliamentary elections, according to preliminary results.

For the Love of Egypt competed with two electoral lists distributed over two large constituencies that include several governorates each. The list containing 45 members covers the Cairo and Central Delta constituency, which includes the governorates of Cairo, Daqahleya, Gharbeya, Qaliubiya, Menufiya and Kafr Al-Sheikh.

Four of the 45 list seats are allocated to Kafr Al-Sheikh governorate. For the Love of Egypt won in three polling stations in Kafr Al-Sheikh with 937 votes, followed by Al-Nour Party’s list with 318 votes, then the Republican Alliance with 206 votes, and finally Tayyar Al-Istiqlal with 114 votes, according to state-run press agency MENA.

Since For the Love of Egypt’s list had no competitors in East Delta, it must obtain a minimum of 5% of the total registered voters. According to Monday press statements by El-Yazal, the list had obtained at least 5% of the votes counted so far.

“We are confident we will win,” El-Yazal stated. According to an official website for the electoral list, initial results suggested a 69.5% victory in the Cairo and Central Delta constituencies, based on a count of nearly 16% of the votes.

For East Delta governorates, nearly 26% of the votes were counted, according to the website of For the Love of Egypt. The site said the list gained 73% of votes, compared to 17% void votes and 10% who did not participate.

The governorate of Port Said was allocated one parliamentary seat out of 15 seats on the list in the second stage. According to state-run media, the main electoral committee in Port Said issued early results pointing to victory for the For the Love of Egypt list, with 29,084 votes. Of the 33,353 people who cast their votes, 4,177 votes rejected the list. Members of the winning electoral list include the head of the Federation of Egyptian Industries, Mohamed El–Sewedy, and businessman Waguih Abaza.

During the voting, Al-Gebali made public accusations against figures on the electoral list of For the Love of Egypt, including El-Yazal and former Communications Minister Osama Heikal. She claimed the members had received “suspicious” funds and had close ties to Muslim Brotherhood members.

On 19 November, Heikal announced that a delegation headed by El-Yazal visited Kuwait for two days, during which he met with members of the Egyptian community there to campaign for the electoral list.

Following Al-Gebali’s campaign against the list members, Heikal told the press that list members could sue her for public defamation. Furthermore, El-Yazal told state-owned newspaper Al-Ahram on Tuesday that Al-Gebali’s “failed attempt” to discredit members of For the Love of Egypt was a reaction to her list’s poor performance at the polls.

Final results from the second electoral phase will be announced by the Supreme Electoral Commission once votes from Egyptians living abroad have been calculated.

During the first electoral phase, For the Love of Egypt also won seats with a list of 45 members in the Upper Egypt constituency governorates of Aswan, Assiut, Luxor, Red Sea, Giza, Fayoum, Minya, New Valley, Beni Suef, Sohag and Qena.

Moreover, it beat Al-Nour Party in the West Delta constituency governorates of Alexandria, Beheira and Matruh with a list of 15 members.