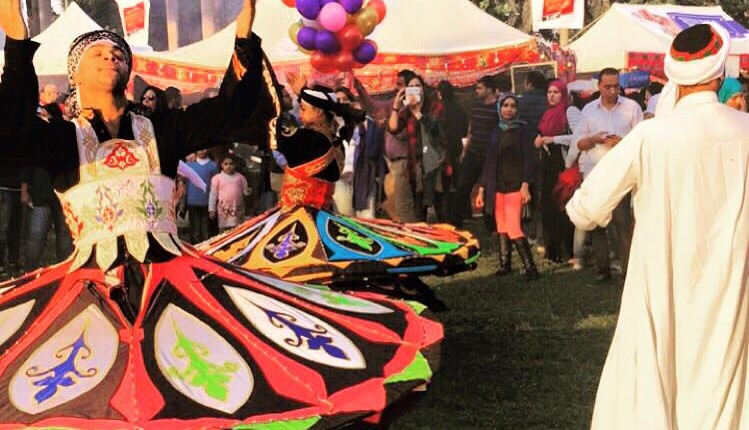 George Bernard Shaw once said: “There is no sincerer love than the love of food.” From the common meal of foul and ta’meya to the more exotic sushi, Egyptians provide the perfect illustration for Shaw’s comment by their deep admiration of food.

Among the well-established food-related traditions of Egypt is the late breakfast enjoyed by many families after Friday prayers. However, one Friday in November saw another family-friendly feast, this time an outdoor event bringing together the foods of the world in a festive outdoor environment.

Dubbed “Mouled Al-Akeel” – translating roughly as “Food-lover’s Festival” – the event took place at Horreya Park in Zamalek, with attendees choosing from main courses of kebab, foul, fondue, burgers and sushi, followed by éclairs and oriental desserts. With a wide array of restaurants present, food was prepared right in front of the food-lovers’ eyes.

The event was sponsored by smartphone application companies Touch and Engenzi and was devised to promote food tourism and Egypt’s strong food-and-beverage sector.

The name Mouled Al-Akeel was a reference to the Egyptian “mouled” – a traditional form of festival in which people gather to be entertained.

Mouleds are traditionally religious in origin, with Egyptians gathering to celebrate renowned clerics from different faiths. Visits are paid to the cleric’s tomb alongside the performance of certain rituals. These include the distribution of different kinds of food and the performance of sacrificial slaughters.

The new event, of course, was not in honour of a revered cleric, but in honour of food itself. The Arabic word “Al-Akeel” refers to someone with a passion for food.

Nonetheless, the food festival carried various echoes of the time-honoured tradition, with its culturally-rich decorations, games, activities and dances. Special arrangements were made to keep the children amused, with areas set aside for them to play in or colour pictures.

Also in attendance was popular singer Nesma Mahgoub, who entertained the crowds in the evening.