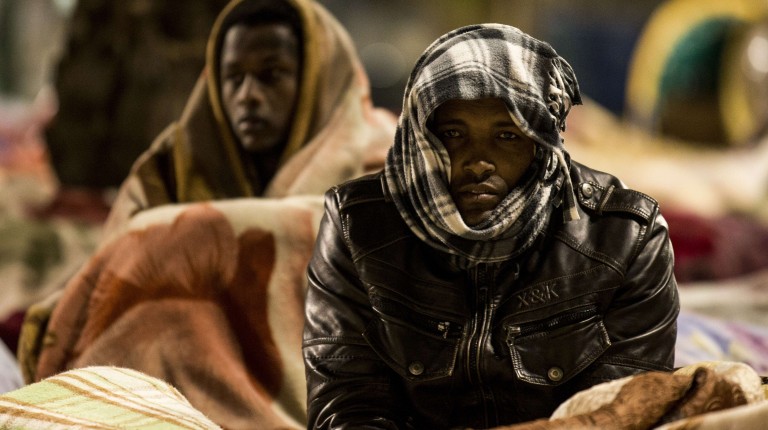 Following reports of Egyptian border guards killing five Sudanese migrants who were trying to cross from Egypt’s turbulent North Sinai region into Israel on Monday, tensions appear to be building up between the two states.

The military said the law enforcement forces tasked with protecting the border spotted a group of migrants at dawn on Monday who were trying to trespass though the international borders and coordinating with criminal elements involved in illegal immigration.

The military clarified their forces fired many warning shots before moving to arrest the trespassers, who shot back at the security forces. The force engaged in an exchange of fire with the trespassers, and killed five, injured six, and arrested five, all Sudanese, according to the military statement.

UN Secretary-General Ban Ki-moon voiced his deep concern on Monday on the deaths of the five Sudanese refugees near the Egyptian-Israeli border and urged Egypt to “launch a full investigation” into the tragic events.

In response to questions related to refugees, UN spokesman Stephane Dujarric told Daily News Egypt that Ban remains deeply troubled by the reports. Dujarric confirmed that Ban urged Egyptian authorities to begin a comprehensive investigation to shed light on these tragic events and ensure accountability in order to prevent the recurrence of such events.

Ministry of Foreign Affairs spokesperson Ahmed Abu Zaid however expressed Egypt’s rejection of Ban’s statement. Abu Zaid noted that the persistence in issuing premature statements and criticisms is deplorable, particularly without relying on accurate information or considering official statements issued by the Egyptian government to clarify the circumstances.

Abu Zaid invited the UN official and his advisors to read the statement issued by the Ministry of Defence spokesperson after the incident, which clarifies beyond any doubt the Egyptian border guards were dealing with illegal infiltrators across its North-Eastern international boundary. He stressed that Egypt’s law enforcement forces that fired warning shots, which the infiltrators ignored. The infiltrators then opened fire at the border guards, leading to the injury of one Egyptian conscript with a shot in his back, he.

Abu Zaid said the world is being swept by an increasing number and gravity of terrorist attacks and their growing demands for heightened international cooperation to combat terrorism that includes enhanced border security to prevent infiltration by terrorist or criminal elements and weapons smuggling, yet some still criticise specific countries for taking measures to secure their borders in line with their national and international obligations.

Expert on Sudan and Nile Basin at Al-Ahram Centre for Political and Strategic Studies Hani Raslan told Daily News Egypt that the incident is one among many that have been happening for a long time.

Raslan believes Egypt did nothing wrong since the forces had to deal with illegal immigrants who usually trespass on the borders, many of whom are Eritreans and Sudanese. The Egyptian government is doing its best to prevent such incidents but the phenomenon is widespread, he said.

Earlier in November, 15 Sudanese migrants were killed and eight were injured when they were caught in crossfire between Egyptian security forces and Bedouin smugglers while they were attempting to illegally enter Israel from Sinai. There was no official statement on the incident.

According to a report released in February 2014 by Human Rights Watch, there was “collusion of Sudanese and Egyptian security forces with the traffickers”.

Israel does not welcome migrants and has taken several procedures to stop their influx. There are currently nearly 50,000 African migrants in Israel, most of whom do not have official status, according to recent reports.