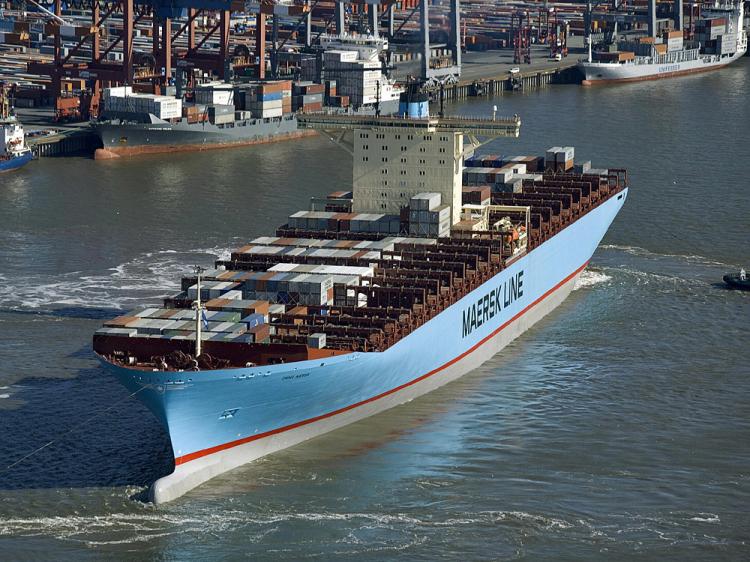 SCCT-Maersk has been working in the East Port Said Port at the Maritime Training and Simulation Centre in Ismailia.

The agreement came at the behest of Egyptian President Abdel Fattah Al-Sisi to resolve outstanding matters with the company, in order to begin the development of East Port Said Port within the general outline of the canal development project.

The agreement provides the General Authority for the Suez Canal Economic Zone with the right to manage an area of 225,000sqm located at the company’s southern border for the benefit of the national economy and the establishment of development projects in the region.

In exchange, the Egyptian government will establish the side-channel at the entrance to the northern side of the canal in Port Said, which has already begun to facilitate the entry of giant ships to the East Port Said Port directly without entering the main stream of the channel.

Mamish said the project is in preparation to develop the national economy by implementing the Suez Canal Axis Development project. Developing the port will attract more ships to dock at the port, as well as increase traffic and the trade transiting at the canal. It also aims to open up new investment opportunities in the area around the port to establish logistical and industrial zones that rely on export and import.

The Suez Canal Container Terminal is part of the APM Terminals network, which is a joint-stock company between APM Terminals with 55%, COSCO Pacific, and the SCA.

The side-channel is scheduled to be dredged over seven months. It is estimated to cost $60m, of which $15m will be provided by APM Terminals.

Mamish said the Suez Canal Container Terminal has two container terminals bordered by a third part that owned by the Egyptian Navy and will be included under the plans to develop Port Said port. “The development process will begin in hours,” he said.

The handling capacity of the port is 8m containers but in reality only about 3.8m containers are handled. He said following the development’s completion in 2020, the capacity will increase to 12m containers. “The side channel that will be established will enable ships to dock directly at the port, which will save time and costs,” Mamish said.

The concession granted to Qalaa’s Mashreq is under consideration now and is expected to be finalised in the near future. Mashreq will be compensated for investments pumped in the projects according to expenses documents. “We are also negotiating with DP World to end any disputes regarding the operation of Ain ​​Sokhna port and a settlement will be announced in the upcoming days,” Mamish said.

DP World set up a dock in Ain Sokhna port and is expected to set up another one. The Red Sea Ports Authority has been coordinating with the company to amend the design to expand it for the accommodation of giant ships.

A committee chaired by Mamish was formed to develop the western port of Port Said to accelerate the pace in transition into a giant logistical area.

Regarding the memorandum of understanding (MoU) signed a few days ago with PSA Singapore Terminals to study and control a new container terminal in East Port Said area, Mamish said President Abdel Fattah Al-Sisi saw the ports of Singapore evolve and decided to focus on the development of the Suez Canal Axis to start from where others ended.

The MoU is designed to study aspects of marketing, construction, operation, and management. They will provide PSA Singapore Terminals with information to finalise the studies over six months followed by evaluation and a possible contract.

As for the formation of the SCA, it is a sovereign decision. “The only announcement was a ministerial decision to establish the Suez Canal Area Development Authority and determine the coordinates of the region,” Mamish said.

He also said they have received offers from China to establish an industrial zone in the northwest Gulf of Suez, which will be considered after the development authority is formed.
The authority has been coordinating with a different company to develop the infrastructure, especially with the Port Said Ship Repair Arsenal.

Managing director of SCCT-Maersk Klaus Holm Laursen said the side channel will be 9.5 km long with a draft of 17 metres and a width of 250 metres, which will enable ships to dock directly at the East Port Said Port directly to and from the Mediterranean Sea.

“We look forward to seeing more efforts for the development of the East Port Said Port and the region,” Laursen said, noting that the agreement is only a step among many others.

Director of the department of planning at the SCA Mahmoud Rizk said from August to October revenues were $1.4bn, equivalent to almost EGP 10.5bn, which is an EGP 115m increase from 2014.

“Major projects are evaluated over years, not months,” he said.