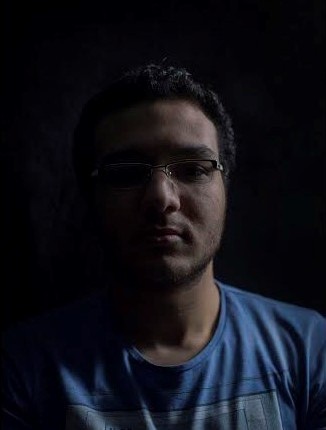 While the shocking news of the downing of a Russian warplane in Syria/Turkey continues to unfold, people around the world are holding their breath. With conflicts escalating around the world, be it in the South China Sea, Ukraine, or Syria, with every incident, the world fears that this will be the one to send us over the edge into the abyss of global conflict. This piece is an analysis of why even though this incident will not start World War III, it is a very dire omen.

On the Turkish side, we find Erdogan, a neo-Ottoman if ever there was one; although weakened by his party’s sliding popularity and strong opposition at home, he is still in a strong enough position internally to command the respect of his peers abroad. He has given the European Union a stable Turkey away from the turbulence and general adventurism that preceded him. He ensured that Turkey kept its role as the NATO’s first line of defence in the Middle East and the strategic reserve for Europe in the event of a Russia-NATO conflict. He also kept a good relationship with Russia built on economic cooperation and frayed by political and diplomatic feuds. That delicate balance that Erdogan kept for the past decade was instrumental in securing prosperity for Turkey, and in turn securing his seat at the head of the nation.

But recently Erdogan’s neo-Ottomanism, and especially its autocracy, started to manifest clearer day by day starting from defying Turkey’s highest court so he can reside in a new lavish palace reminiscent of days of the old empire, challenging them: “Let them tear it down if they can.” Or his reaction to dissent within his own country, starting from handling the opposition protests, and not ending with managing the Kurdish question. Erdogan’s Turkey reached its place because it was a friend for every major power, and for Erdogan’s Turkey to continue it will have to antagonise at least one of them.

On the other side we have Russia, an empire resurgent; with Putin technically at the helm for the last 15 years, Russia is an empire that was humiliated in the 1990s and now comes back assertive and ready to get back its rightful place. Although it is difficult to get a clear view of Russia, since the mainstream media portrays it either as a collapsing state or the most frightening of the Eastern hordes, one thing is clear; the image of Soviet equipment in disrepair is now something of the past. Putin’s reforms helped catapult Russia from an economic default not one year before his ascension, to the seventh largest economy in terms of purchasing power parity. He also provided the funds needed to bring the Russian military back from the brink and fashion it into a modern fighting force capable of developing impressive war machines, such as the latest SukhoiPAK FA or the Armata prototypes. And even though Russia reeled from the sanctions introduced recently, it did not receive a knockout blow.

Now both of the sides have a lot of similarities, and it is these similarities indeed that put them at odds. Both countries are officially democracies, technically ruled by autocrats, both leaders’ popularity is built around a cult of personality and delivering economic growth. Most importantly, both see themselves as heirs to imperial thrones that remained at odds for over 300 years. It is this quasi-irredentism that makes both of them so dangerous.

Russia and Turkey have avoided direct confrontation for the past decade, as both of them were putting their houses in order. But since the Georgian War, the conflict between the two could only be delayed, but not defused. With the forcefulness of Russia in protecting its interests in 2008, it launched its project to reclaim its lost status, punishing Georgia was to act as warning that any attemps to ignore Russia’s voice would result in punitive action. That warning was heard loud and clear in Moldavia, Georgia, and most importantly Azerbaijan and Turkey, where the frozen conflict around Nagorno-Karabakh remained frozen despite several accidents, the last of which was only two months ago.

That peace brought by economic cooperation remained steadfast even as Russia moved to annex Crimea; Turkey took a soft line on the issue, breaking step with most of its allies, partly because it had nothing to gain from the sanctions, and mostly because Russian gaslights the streets of Ankara. However as Russia entered the fray in Syria, Moscow and Ankara after years of respite found themselves at an impasse. To Russia, Al-Assad’s regime is a matter of national security, it provided a strong army to be the thorn in Turkey’s side in case of a Russia-NATO war, a pole in the pro-Russian belt that stretched from Hormuz to Tarsusand and until now provides it with a coveted base and one of the longest and most stable alliances for Russia in the region. For Turkey, Al-Assad is a troublesome neighbour with claims on its territory. Getting him out of the picture grants Turkey a more docile Syria, better cooperation when it comes to the Kurdish question, and more importantly a lifeline to Qatari gas that would lessen Turkey’s dependence on Russian gas, which accounts for over 60% of Turkey’s needs. This is the economic conundrum that rules the relationship between Turkey and Russia.

As both of them started being more assertive, Russia and Turkey were put on a path to collision, the only stall was the Turkey’s gas dependence. Having the fastest growth in energy demand among OECD members, Turkey’s gas consumption almost doubled in the last 10 years while its production remained negligible. The energy-hungry Turkey found a reliable supplier in the Russian Bear, only to find itself held captive by its growing needs, a captive that was offered salvation by a Qatari gas pipeline that would cross an Al-Assad-free Syria. Turkey did not take a harder stance on the annexation of Crimea, or Russia’s assistance to its rival Armenia because it had nothing to gain, and everything to lose, so it was a safe bet that Turkey would remain silent. However, Russia’s usage of its gas to batter Ukraine served as a fresh reminder of Turkey’s precarious position as a member of an alliance whose main adversary is its energy supplier. In the Syrian game, however, if Turkey wins out, it will be able to diversify its suppliers and hence gain more political and negotiating power vis-à-vis Russia, and can even gradually wean herself off of the Russian gas. But if Russia wins, Turkey not only remains a hostage to Russia, it remains hostage to an angered vengeful Russia that will do all it can to economically pummel Turkey into submission once and for all.

And it is this high-stakes gamble that makes this incident so ominous. Although it will not start an all-out war, it is a reminder that we are dangerously close to it. It is a Turkish bluff to force Russia out of Syria by increasing the already heightened threat of a Russia-NATO conflict, so that Russia will be forced to assume a more defensive stance, thence leaving Al-Assad’s regime to wither and die; and with it Russia’s energy dominance over Turkey and Europe, delivering the knockout blow to a resurgent Russia.

If this bluff fails however, Erdogan so far has painted himself as the man who will not back down and double down even on a losing bet, and as Russia’s air offensive in Syria gives Al-Assad the chance to recover, and his forces a better chance at beating back the various rebel factions, Turkey’s hope of economic freedom fades away. With every village that Al-Assad’s forces retakes, Turkey will become increasingly hopeless in the pursuit of that evasive dream, becoming more reckless with whom it finances and arms and whose planes it shoots down, and making an armed conflict perilously close to reality.

Omar Ghannam is a political scientist and Economic researcher. He is the Budget Programme officer at the Egyptian Center for Economic and Social Rights.