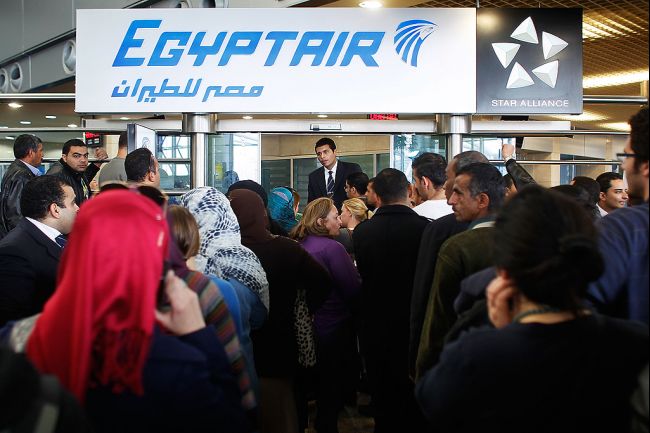 Travel agencies in Egypt are complaining of the high price of domestic airline tickets, which they claim are the primary cause of the decline in domestic tourism.

EgyptAir has recently launched a return flight to Sharm El-Sheikh for around EGP 900, which appears expensive in relation to prices for return flights from Cairo to international destinations offered by some international airlines.

In the wake of the downing of a Russian passenger jet over Sinai in October, many tourists are opting for foreign holidays, with Turkey, Cyprus, Lebanon and Greece on the list of tempting destinations.

Many Egyptian travel agencies have now started to offer foreign vacation packages for the February and Christmas vacations at very reasonable prices. The nations on the bargain holiday list include Lebanon and the Czech Republic, as well as other nations in Eastern and Central Europe.

Egyptian tour guide Nivine Mostafa said that, while flights to countries such as Lebanon are reasonably priced, accommodation and daily expenses are still a much higher than those in Sharm El-Sheikh.

EgyptAir recently announced a round-trip Egypt-US flight at just EGP 1,698, until 15 December 2015, prompting further concern from Egypt’s tourism sector, with many fearing the offer will tempt more Egyptians to holiday in the United States.

In response to the ongoing tourism-industry crisis, the Egyptian Ministry of Sate for Youth and Sports is organising excursions to Sharm El-Sheikh, in the hope of boosting the destination’s tourism sector.

Kuwait may be an additional source of assistance, with the nation planning to offer direct flights to Sharm El-Sheikh.

In spite of Egypt’s efforts to encourage national tourism, Mostafa Raslan, chairman of the Egyptian Chamber of Tourist Commodities in the Red Sea, believes the area’s tourism revival cannot be achieved through increased numbers of domestic visitors.

Ahmed Magdy, a flight controller in Sharm El-Sheikh, told Daily News Egypt that even after EgyptAir dropped prices of its domestic flights to Sharm El-Sheikh, the number of Egyptians travelling to the resort town is essentially unchanged.

Abu Bakr Makhlouf, Commercial Director of the Egyptian Resort Company, said flights to Sharm El-Sheikh and Marsa Allam are very expensive. He added that even if hotels there dropped their prices, this would not attract those tourists who prefer to spend extra for hotels with particularly good services.

No increases in ticket prices in the coming period: EgyptAir chairperson