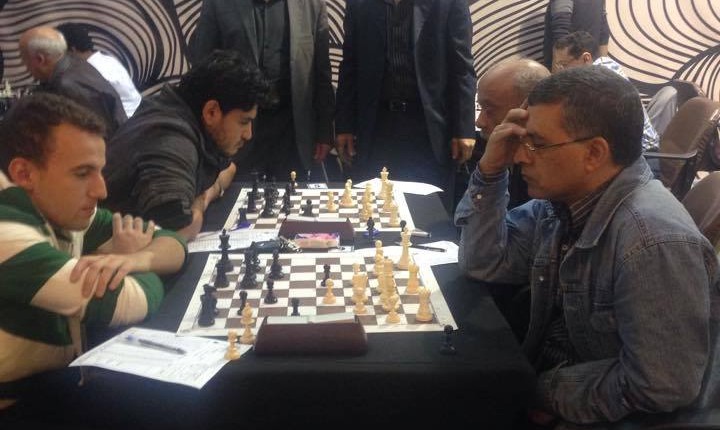 The championship was established in this club.

There are around 370 chess players who participated, which makes this the largest level of participation in the championship. In previous championships, there were around 300 players on average.

Bassem Samir won the gold medal. He started playing chess when he was five years old, and his first international success was in 1999 when he won the Arab Championship in Cairo for Under 10s. Among his countless victories was also winning the Mediterranean Championship held in Greece in 2014.

“Before I knew I won, my wish was to get 10th place at the most,” Kandil told Daily News Egypt.

Wagih, Mohamed, and Samir agree that chess players in Egypt do not receive enough financial support from the Minister of Youth and Sports, which includes hiring a foreign trainers from countries qualified in chess, such as Russia, Ukraine, and Armenia.

They said this financial support is also needed to participate in international championships. Ahmed Adly, who won the World Championship for Under 20s, had to pay his own expenses and travelled without the company of a trainer for this championship.

Samir said in order to overcome this obstacle, he resorts to chess websites for practice and training.

Throughout Africa, Egyptian players have been champions for the past eight years, whether in terms of teams or individual players.

During the last Arab Championship for chess in Morocco, the majority of the medals were given to the Egyptian players. The UAE is considered one of the most challenging competitors to Egypt, since chess there is highly financed. The UAE easily hires international trainers from countries, such as Russia that has a long history in chess. Trainers and players from Tunisia, Morocco, and Jordan are also highly qualified.

Worldwide, Ahmed Adly won the World Championship for Chess for Under 20s. When it comes to world champions, Russia has always had the most talented players, such as Karpov and Kasparov. The US, Europe, and China have started to direct more attention to building their own players’ skill sets.

In terms of the importance of chess, and to improve its situation in Egypt,  Head of the Shooting’s Club Chess Committee organisation Gamal Ammar, who is responsible for this championship, expressed his desire to broaden the game in Egypt, since it has many advantages.

“Many Egyptians over 80 years of age play chess. They do not suffer from Alzheimer, thanks to practicing this mental sport,” he said, noting that chess is not an expensive sport as a chess set costs only about EGP 50.

“Around 70 countries worldwide teach chess in their schools such as Armenia, Russia, and Cuba. There is proof that chess helps students increase their grades and scores,” he said.

Editor’s letter: Chess on a backgammon board