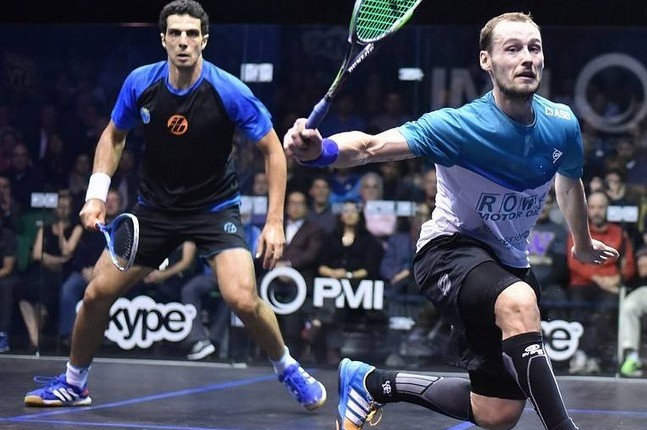 Gaultier beat Mosaad, who is ranked 6th in the world, with three clean rounds at the Professional Squash Association event in the United States.

The championship is one of the biggest squash tournaments alongside the British Open championship.

The PSA title win was a first for the Frenchman, who has taken second prize in the final match four times.

Gaultier benefited from his 7-2 lead in the first game, closing the game 11-6. The Frenchman fell behind by four points (3-7) in the second game, but then won eight consecutive points to win 11-7.

In the third and final game, Gaultier went ahead by seven points to four. Mosaad then took the lead by two points (10-8), but Gaultier scored four consecutive points, winning the game 12-10.

On route to the final, Gaultier beat his compatriot Lucas Serme with three games to nil in the championship’s first round. After that, he defeated two Egyptian players, Omar Abdel Meguid and Karim Ali Fathi, with the same clean result during the second and third rounds.

The English player created the biggest shock of the tournament when he dismissed the world number-one, Egyptian Mohamed El-Shorbagy, during the championship’s third round, winning three games to one.

Egypt’s world champions all left the tournament early: El-Shorbagy went out in the third round; former world champion Ramy Ashour left in the quarter-finals against his compatriot Omar Mosaad; and Tarek Momen lost in the semi-finals, also to Omar Mosaad.