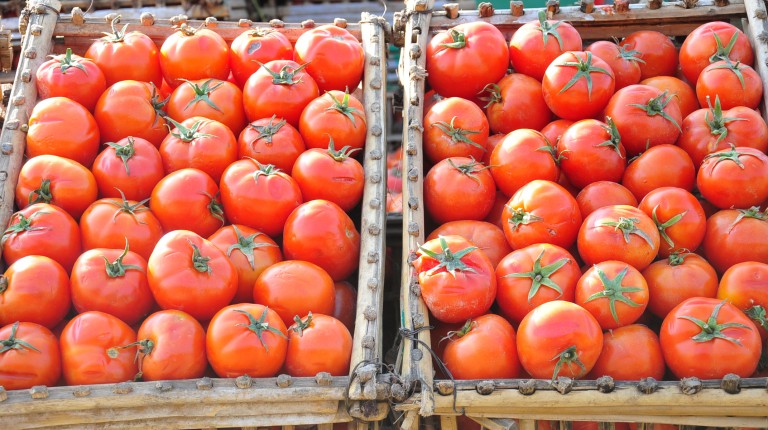 Many experts believe  a healthy diet can contribute to one’s ability to prevent and fight cancer, among them nutritionist Karen Collins, advisor to the American Institute for Cancer Research. In a recent article published on the WebMD website, Collins said that a healthy diet should be two thirds plant-based, thus helping to reduce the levels of dangerous saturated fats.

Below are nine of the key components of an anti-cancer diet, according to Collins.

This B-complex vitamin can be found in many healthy foods, including cereals, pastas and breads, which are often fortified with folates. People with low folate levels are more likely to suffer mutations in DNA. Adding folates to the diet can prevent such mutations. In a recent study, researchers examined the effects of folates on more than 27,000 male smokers aged between 50 and 69. In men who consumed at least the recommended daily allowance of about 400 micrograms of folates, the risk of developing pancreatic cancer was reduced by half.

The good news for tea-lovers is that the drink seems effective is preventing several forms of cancer. Like many plant-based foods, tea includes flavonoids, which are known for their antioxidant effects. One flavonoid in particular, kaempferol, has shown potential for protecting against cancer. A recent study examined the kaempferol intake of more than 66,000 women. Researchers found that women who drank tea had a reduced risk of developing ovarian cancer.

They may not be the favourite food of children, but these vegetables, members of the cabbage family, including kale, turnip greens, cabbage, cauliflower, broccoli, and brussel sprouts, can help in protecting against cancer. Recent studies on cruciferous vegetables suggest effectiveness in protecting against both prostate and colon cancers.

This popular spice, long used to quell nausea, may soon be used to fight cancer. Researchers found that ginger has the ability to directly kill cancer cells in two ways. In apoptosis, the cancer cells essentially commit suicide without harming surrounding cells. In autophagy, the cells are tricked into digesting themselves. Research suggesting ginger’s helpful cancer-killing effects was published by J Rebecca Liu, assistant professor of obstetrics and gynaecology at the University of Michigan in Ann Arbor, in the article published by WebMD. Although this preliminary evidence shows promise, ginger’s cancer-fighting effects have yet to be proven in animal and human trials.

Some studies have linked eating tomatoes with a decreased risk of several types of cancer, including prostate cancer. Whether this is due to the lycopene pigment that gives tomatoes their red colour or some other component is unclear. Recent research also suggests that processed tomato products, such as those included in juice, sauce, or paste, can be particularly healthy in this respect.

Grapes and grape juice, especially purple and red grapes, include resveratrol, which has strong antioxidant and anti-inflammatory properties. Recent studies found that grapes have prevented the kind of damage that can cause the cancer process in cells.

Water is great for quenching one’s thirst, but it may also protect against bladder cancer. Water dilutes concentrations of potential cancer-causing agents in the bladder. Generally, drinking more fluids leads one to urinate more frequently, which reduces the amount of time those harmful agents stay in contact with the bladder lining.

Beans are good for nutrition and might also help in fighting cancer. They contain several potent phytochemicals that can protect the body’s cells against damage that can result in developing cancer. In recent studies, these substances slowed tumour growth and prevented tumours from releasing substances that damage cells.

Strawberries and raspberries contain a phytochemical called ellagic acid. This strong antioxidant may protect against cancer in several ways, including deactivating certain cancer-causing substances and slowing the growth of cancer cells.