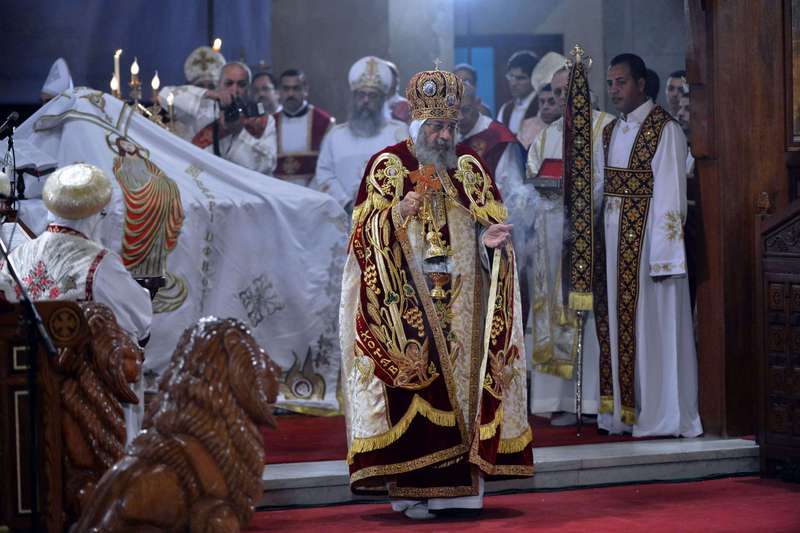 Misr Al-Qawia party condemned Thursday the visit of Egyptian Pope Tawadros II to Jerusalem describing the visit as a breach of “social consensus” towards the Palestinian cause.

The head of the Coptic Church, headed to Jerusalem on Thursday to attend the funeral of Coptic Orthodox Metropolitan Archbishop Abraham of Jerusalem and the Near East scheduled to take place on Saturday.

The party added:” We used to be proud the Coptic Church’s stance regarding the boycott of Israel.”

It added that the visit “opens indirect contact with Israel which is run by the “Zionists”. The party, which critical of the policies of the current government, called upon the Egyptian people to condemn the visit.

The church justified the visit saying: “The pope headed a delegation of Egyptian clerics to Al-Quds to pay tribute to the oldest among the church archbishops and most reputable after the Pope in the Coptic Holy Synod.”

According to the Palestinian embassy in Cairo, president Mahmoud Abbas phoned Pope Tawadros II to express his condolences for the loss of Archbishop Abraham.

The visit is the first of its kind since 1967 and marks a historic importance, given that the church stands against normalising relations with Israel and in favour of an independent Palestinian state. President Mahmoud Abbas had called for such a tour.

Also, the Nasserist Karama party condemned the visit, adding that “it will cause a crack into the wall of resisting normalisation the relations with the Zionist entity which is committing daily massacres against Palestinians.”