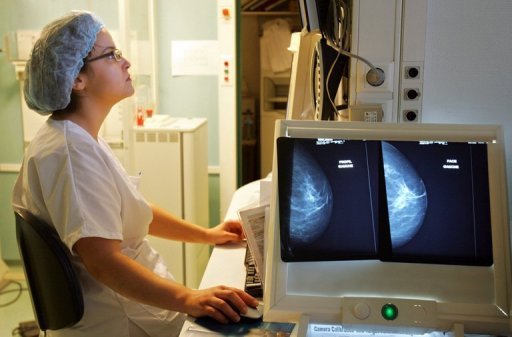 Breast cancer is on the top of the list of cancers that affect women in both developed and developing countries, according to the latest statistics of the World Health Organization and Cancer Research UK Institute.

Breast cancer is the second most prevalent types of cancer worldwide by 11.9 % after lung cancer, which constitutes 13% of total registered cases. For rates in Middle East and North Africa countries, Lebanon recorded 78.68 cases per 100,000 women, followed by Jordan with 61.03, and Egypt with 49.5 per 100,000 women.

Lung cancer is now the most common cancer in the world whereby the number of cases reached 1.3 million cases a year.

On the other hand, another type of cancer appears on the horizon that was not widespread before, which is head and neck cancer, where it is the sixth most common cancer in the world and represents 5% of the total types of tumours.

In numbers: the most prevalent cancer in Egypt

Professor of Oncology at the National Institute of Tumours, Hussein Khaled said according to the national programme for tumours registration, Egypt has about 110,000 cases reported each year in a population of almost 90 million people. In males with cancer, 39% of cancer cases are liver cancer per 100,000 people, followed by bladder cancer, then lymphoma and digestive system cancer. In women, breast cancer ranked the first with an average of nearly 35% per 100,000 people, followed by liver cancer, lymphoma and digestive system cancer.

According to the results of a statistical study published by the Egyptian Association for the Support of Cancer Patients in the Atlas Global Alliance for disease, the number of patients with lung cancer who were diagnosed in 2012 in Egypt reached 5,017 cases, while the number of deaths resulting from lung cancer in the same year was 4,488 cases.

According to another recent study, the results confirmed that Egyptians are the most susceptible to lung cancer, as a result of ignorance of the disease and the lack of awareness about the symptoms of the disease.

Egypt was among the 21 countries surveyed and the percentage of people who are ignorant of the disease reached 48%, with only one in every four people aware of the most common symptom, which is shortness of breath.