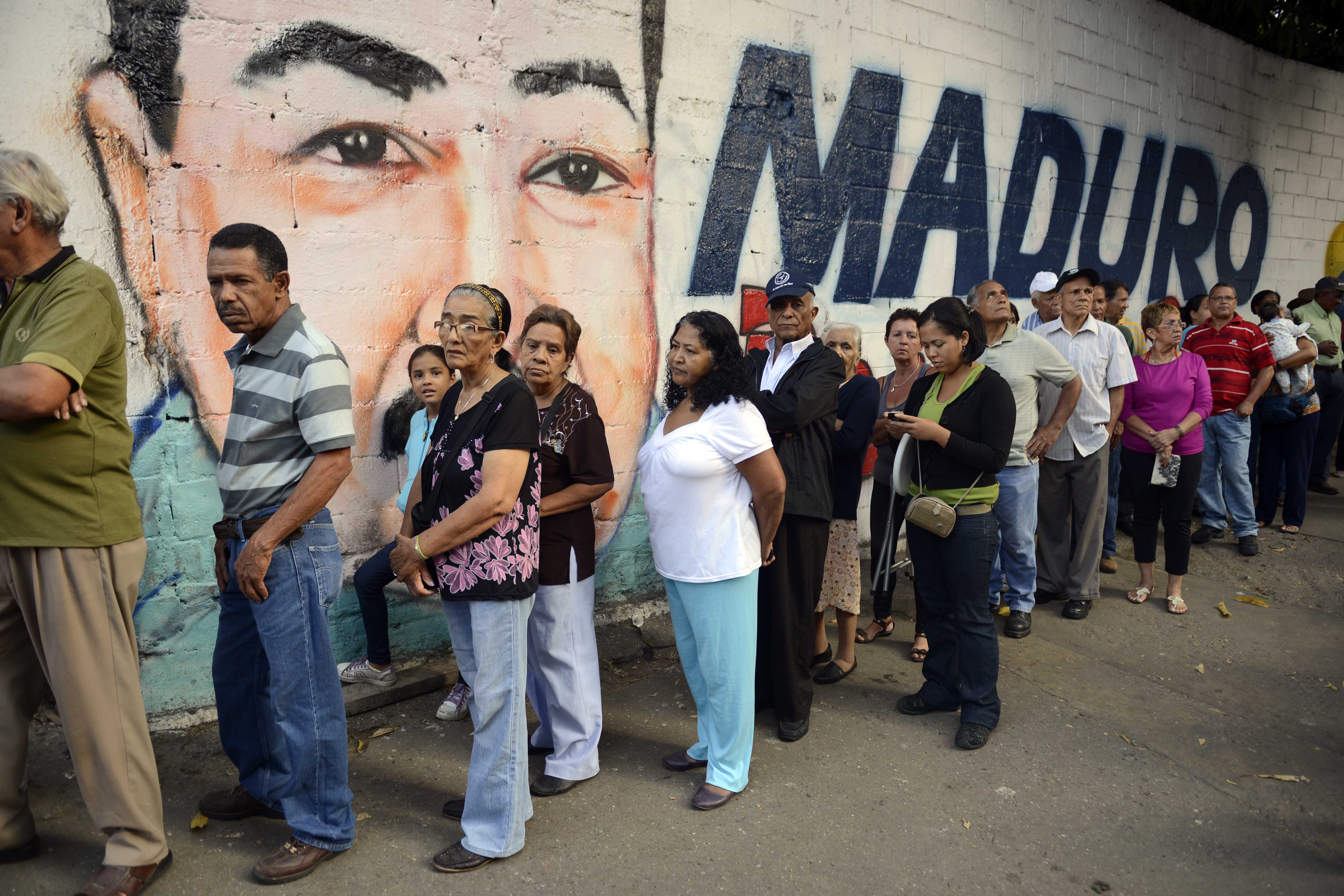 A dead opposition politician, a nervous government, and an era ending. Venezuela’s forthcoming election could being Chavismo to its conclusion. Mostly, everyone is hoping that the situation remains peaceful.
“The murder is a bad omen for December 6,” said Juan Francisco Alonso, a journalist who works for the Venezuelan daily newspaper El Universal. That’s when the country will go to the polls to choose a new parliament – and, shortly before the election, the conflict between the United Socialist Party of Venezuela (PSUV) government and the opposition has worsened.

On Wednesday night, a gunshot killed opposition politician Luis Manuel Diaz at an election campaign appearance in Altagracia de Orituco, a small town southeast of the capital, Caracas. On the stage next to Diaz stood Lilian Tintori, the wife of detained opposition leader Leopoldo Lopez. On Twitter she wrote of two assassination attempts in one day.

The campaign airplane had caught on fire becuase of a technical defect, but all occupants survived. Venezuelan President Nicolas Maduro officially suspects that gang battles are responsible for Diaz’s death; however, Tintori and the opposition believe the PSUV government was behind the attack and the mechanical difficulties.

A climate of violence

“It does not matter whether it was ordered by the government or if it was an autonomous act,” said Fernando Mires, a retired professor who specialized in international relations and Latin America studies at the German University of Oldenburg. “The root cause lies in hostile climate that has prevailed in Venezuela for years.”

The PSUV party has ruled the nation in northern South America since 1998. President Hugo Chavez, who died in 2013, had declared his victory a “Bolivarian revolution” and for a long time funded extensive social programs with the abundant billions from oil profits.

“Chavez spent years preparing his followers to protect the revolution on the inside and outside,” said Ana Soliz de Stange, a political scientist from Hamburg.

Now the country is divided more than ever. The opposition feels that it has been bullied by the government for years. The economic prospects of the country are bleak. In spite of its vast oil reserves, Venezuela is stricken with hyperinflation and mismanagement. In the elections on December 6, Hugo Chavez’s political heir, Nicolas Maduro, will face difficulties for the first time.

According to the Venezuelan polling institute Datanalisis, over 63 percent of voters support a candidate from the opposition Democratic Unity Roundtable (MUD) alliance. Traditionally, the poor neighborhoods are considered to be PSUV strongholds, but now their support is waning.

“This is not an all or nothing election,” says Stefan Peters, a political scientist from Germany’s University of Kassel who is currently researching in Venezuela. “If defeated, Maduro would be weakened but still remain president.”

The president is powerful, and in Venezuela the people elect candidates directly and to six-year terms. Maduro has been in power since 2013, and, if all goes well for him, he will head the country until 2019. But the political journalist Juan Francisco Alonso says there is a great deal at stake for the president. “If the opposition wins, then people within his party will discuss whether he is the right person for his position,” Alonso says. Furthermore, something could happen that the country has not seen in the past 16 years: “Parliament would be controlling the president.”

Maduro’s party is taking the elections seriously, using the campaign slogan “In parliament at any cost.” “The Socialist Party had the incredible potential to mobilize people,” Peters says. “And it is also very proud of the fact that it can get so many people on the streets so quickly.”

Is a peaceful transition possible?

It is rumored that the PSUV has strong ties with criminal gangs – like that ones who may have shot the opposition politician Diaz. Even before Chavez’s revolution began, Venezuela’s crime rate had been extremely high. In the past years, it has continued to rise. The criminal organizations include “colectivos”: autonomous armed groups who see themselves as Chavez followers. “Some of them have their headquarters less than 500 meters (1,650 feet) away from the presidential palace,” the journalist Alonso says.

Stefan Peters also believes that there are ties between mafialike groups and the government: “The main problem is that the government does not have many of these groups under control.”

And the opposition has also proved that it is not squeamish. In 2002, a number of opposition members tried to overthrow Chavez in a coup.

Peters nonetheless believes that a peaceful transition can be made if the opposition wins. “Some stones will be thrown around,” he says. “But I don’t think it will come to civil war,” he adds. Peters thinks it is crucial that a new government does not completely turn its back on the achievements of Chavismo. “If the opposition does not understand how to approach the social inequality, then it will not keep its grip on power for a long time.”

Alonso does not think the PSUV is ready for a peaceful transition. “The government assumes that its ideology and model is the only right thing for the country,” he says. Politicians with such dogmatic intentions will have a particularly hard time handing over power peacefully.

Have something to say? Add your comment below. The thread is open for 24 hours from posting.