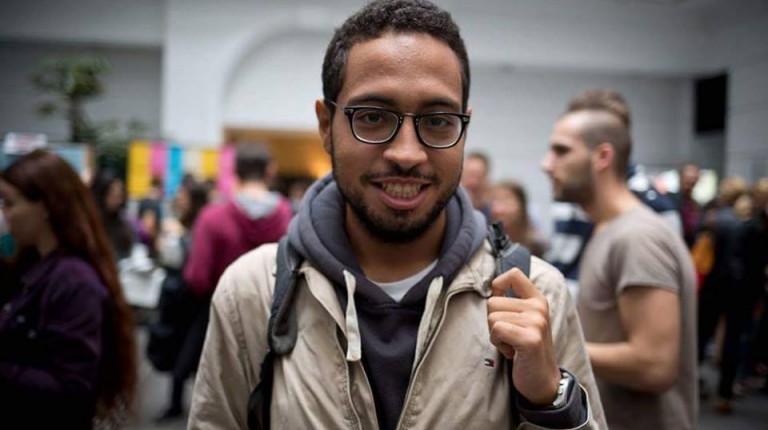 Death does not put an end to life; rather, it evokes and reproduces debates, ambiguities, and anxieties regarding the very dynamics of our lives. This is what we learn from the controversy that has accompanied the recent visit of Pope Tawadros II to Jerusalem. Archbishop Abraham of Jerusalem and the Near East passed away, leaving the Coptic Orthodox Church hierarchy in a position to justify the exceptional visit to the homeland of Jesus Christ.

Various political factions in Egypt ranging from the Islamist party of Misr Al-Qawia to the Nasserist/nationalist Al-Karama party criticised Pope Towadros II attendance of the funeral of the Metropolitan clergyman on Saturday. These critiques were accompanied by a number of political commentators who looked at the trip as a step taken in an inconsistent manner from earlier policies adopted by the hierarchy of the largest Christian community in the Middle East.

For 35 years, the Coptic Orthodox Church was celebrated as a supporter of the Palestinian cause and of the Palestinian people following the late Pope Shenouda III’s decision to ban pilgrimage to Al-Quds. Pope Shenouda (served 1970-2011) stated that Christians in Egypt would not go to Jerusalem unless they could go hand-in-and with their Muslim counterparts. Moreover, those who violated the Church decree were prevented from receiving the sacred communion, in addition to other “punishments” from the clerical order of the Church.

Father Boulos Halim, spokesperson of the Coptic Orthodox Patriarchate, told AFP: “The position of the church remains unchanged, which is not going to Jerusalem without all our Egyptian (Muslim) brothers.”

Other members of the Holy Synod of the Coptic Orthodox Church supported Father Boulos’ position. They announced through various media outlets that the Pope’s visit is exceptional, adding that it is “purely” religious and spiritual and does not embrace any political agendas.

Pope Tawadros II himself gave a speech on Thursday to ME SAT, one of the official TV channels administrated by the Coptic Orthodox Church, to justify his move to Jerusalem.

“I do not consider this as a visit. Visits entail earlier preparations and an organised visit programme… this is a human duty… I just came here to provide my condolences to a prominent figure in our Church,” he said.

The visit of Pope Tawadros II is not only exceptional but also mandatory. Archbishop Abraham asked to be buried in Jerusalem, in which he served since 1992. Hence, Pope Tawadros II was somehow forced to travel and to attend the funeral prayers of a person from whom he learnt and with whom he spent his early monastic years in St. Bishoy Monastery in the desert of Wadi Al-Natroun.

What matters for me is not whether Pope Tawadros II is “right” or “wrong”. What I want to deeply investigate in this article, however, is the explanations and the apologies that the Pope, together with other clergymen, made regarding this controversial visit.

Arguing that the visit is purely religious and spiritual with no political intentions seems ironic. The 1980 decision taken by Pope Shenouda III that prevented his congregation from visiting Jerusalem carried a remarkably political angle that spatially constrained the religious practices and rituals of the Egyptian Christians.

To begin with, the ban came shortly after the 1979 Camp David peace agreement that was held between former President Anwar Al-Sadat and the late Israeli Prime Minister Menachem Begin. In doing so, Pope Shenouda III did not only concur with many Egyptians in their disagreement with Sadat’s stance towards the Israelis. He also led Egyptian Christians to openly oppose a state policy that escalated from the already-existing marginalisation and discrimination practiced against them during Sadat’s rule. It is hard, therefore, to separate the “religious” from the “political” when it comes to the Jerusalem visit, especially after the command of Pope Shenouda III, and of the punishments that follow its violation.

To be sure, drawing a line between the “religious” and the “political” is an unachievable mission in any situation. For centuries, the clerical order of the Coptic Orthodox Chruch has been the “legitimate”, if not the only, representative of the lives of the Coptic Christians. Following the uprisings of January 2011 specifically, members from the Holy Synod were chosen by the different political regimes that followed the fall of former President Hosni Mubarak to reflect the rights of the non-Muslim minority. Furthermore, in parallel with the issue of what places should be visited or not, the Pope and other Bishops have directly and indirectly issued statements regarding who should be elected or not, and in which demonstrations Copts should participate.

Thus, it is not strange that the current willingness to separate the “religious” from the “political” is met with huge uncertainty and anxiety. Is visiting Jerusalem a political or religious act? Are the punishments that follow such visit religious or political? Responses given to these sorts of inquiries have been left vague for too long. They have, exceptionally, mattered with the death of Archbishop Abraham, when Pope Tawadros II had to pay the visit to Al-Quds himself.

The impossibility of clearly defining what is “political” and “religious” in the lives of the Coptic Christians is not the only interesting subject within this context. Pope Tawadros II’s individual relation to Archbishop Abraham and his urgent need to bury him genuinely contributed to the rupturing of the norm, which his direct predecessor, Pope Shenouda III, institutionalised more than three decades ago. This personal relationship strongly informs us that individual needs may dispute the authority of a religious insitutuion such as the Coptic Orthodox Church, even from its top. It emphasises how the inseparable religious and political agendas of the Coptic Church might be fundamentally contested because of a “human duty”, as Pope Tawadros noted in his speech to ME SAT.

In short, real attention should by now be directed to the “human” lives of the rest of the Egyptian Christians. Such lives might have been operating beyond the historically fashioned discourses of the Coptic Orthodox Patriarchate even before the exceptional visit of the Pope, which gave alternative meaning to the pilgrimage to Jerusalem and accordingly to the positioning of Egyptian Christians.

Put differently, the debates that concern the lives of the Copts could be brought to the fore in a consistent manner because of the everyday individual needs and personal interactions of the members of the Coptic community, and not only as a result of a “human duty” performed by its leader.

Mina Ibrahim is a social anthropology teaching assistant at the American University in Cairo. He received his masters degree from the Central European University in Budapest.