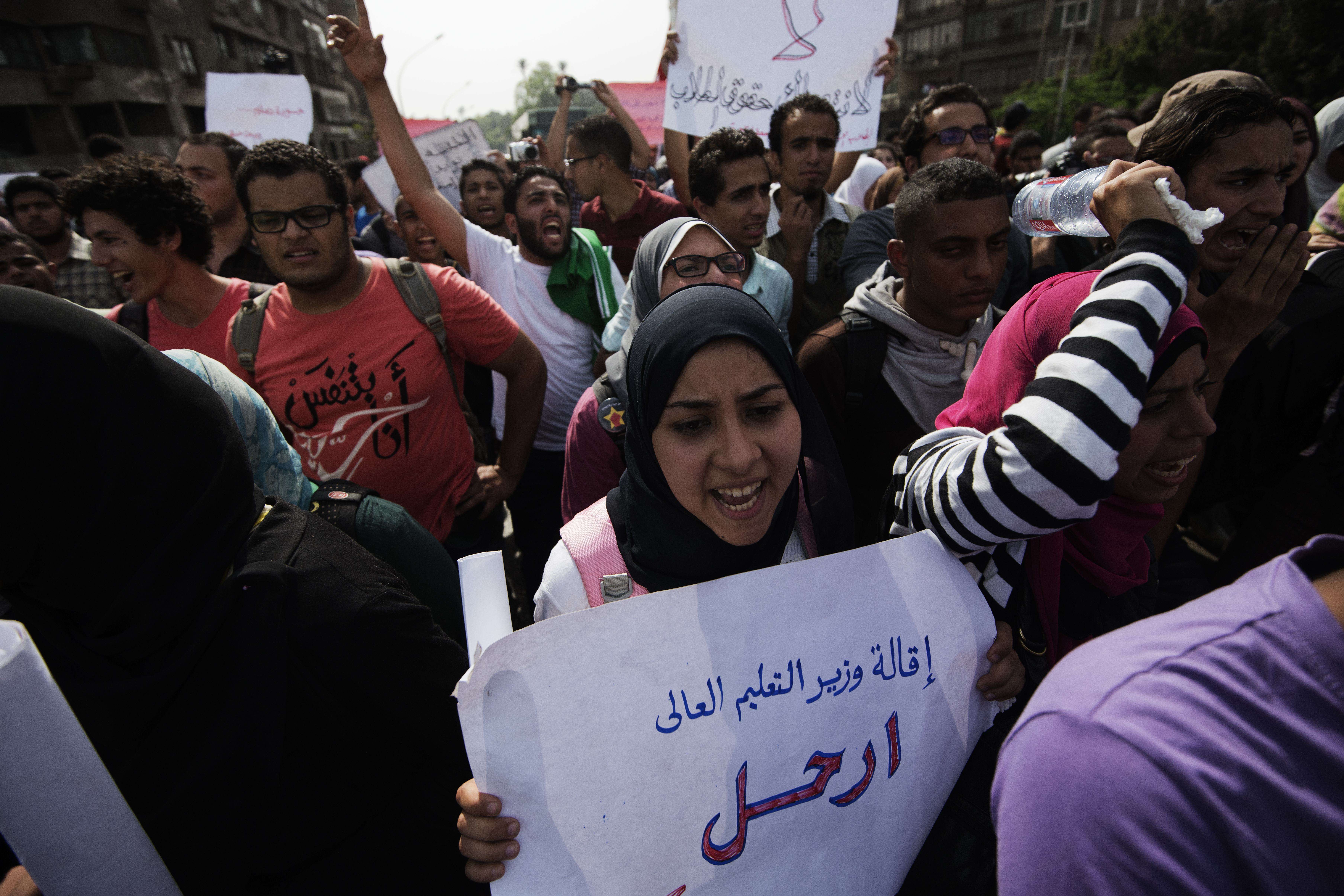 Security forces dispersed a protest in downtown Cairo on Sunday by dozens of PhD and masters degree holders demanding employment in the Ministry of Higher Education after the completion of their doctoral studies, eyewitnesses told Daily News Egypt.

Several arrests were made, including the protest coordinator Mahmoud Abo Zeid, who was giving statements to a TV channel covering the march.

The protesters were marching from the Ministry of Higher Education’s headquarters in Qasr Al-Ainy Street towards Tahrir Square when the march was broken up.

A video shows security forces arbitrarily dispersing the protest in front of the Cabinet headquarters in Qasr Al-Ainy Street, with arrests being made, whilst others fled towards Garden City.

In September, teachers and students demonstrated at the Press Syndicate against the Education Minister, while technical school students protested against the Higher Education Minister, both with several demands related to improving the educational system. They also highlighted the controversial case pertaining to the student Mariam Malak who was given 0% in her high school final exams.

Former interim president Adly Mansour issued the controversial Protest Law in November 2013, which requires prior security approval before holding any assembly for more than 10 people. Hundreds of people have been arrested since the law was passed, including some who were convicted by the authorities.