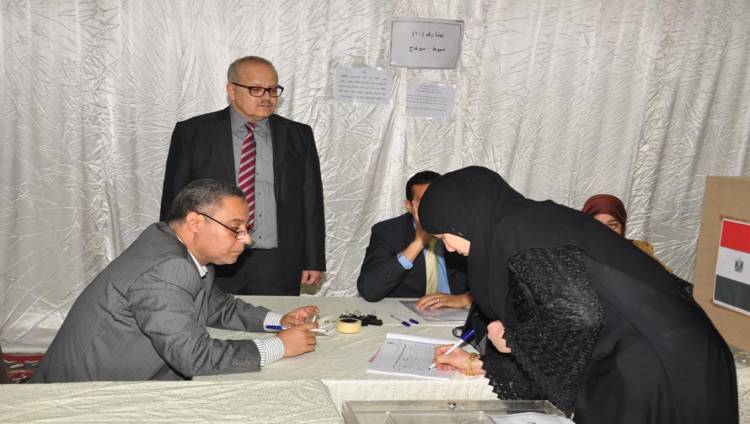 Egyptian expatriates started to cast their votes on Monday in the run-offs for the second phase of the parliamentary elections.

The run-offs are taking place on Monday and Tuesday in 139 consulates and embassies worldwide. Polls are set to remain open from 9am to 9pm local time in each country.

The Egyptian embassy in New Zealand was one of the first embassies to open its doors to voters on Monday.

There are approximately 8 million Egyptians living abroad, with the largest population of expatriates found in Gulf countries. During the first round of the elections, Saudi Arabia had the highest voting turnout of Egyptians abroad, with a 30.4% participation rate, and Kuwait came second with 18.3%, followed by the UAE with 12.7%.

According to the Supreme Electoral Commission (SEC), 37,168 expats voted in the first round of the second phase of elections, which took place on 21 and 22 November.

The run-offs will be limited to the individual seats, as “For the Love of Egypt” won all the lists-based seats contested in the first round.

Of the 222 individual seats contested in the second phase, only nine candidates secured victories with a majority of votes in the first round. This leaves 213 seats to be contested in the run-offs.

The Administrative Judiciary Court rejected a total of 56 appeals against the results of the second phase in the governorate of Cairo.

The run-offs are being held domestically on Tuesday and Wednesday.