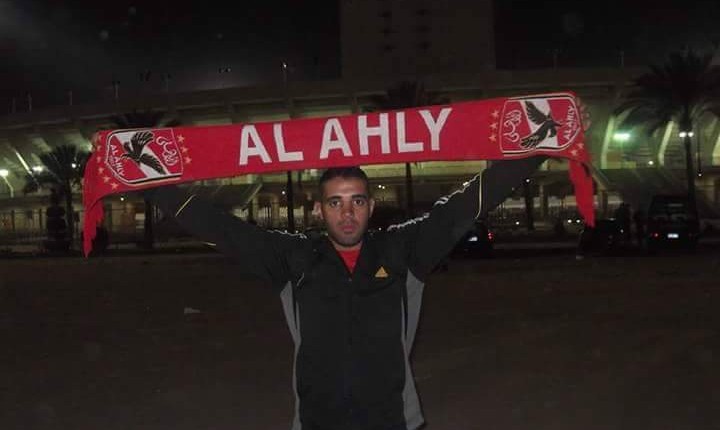 Sherif El-Afifi has been missing for six days, according to complaints from his family. His sister, Ghada, told Daily News Egypt that security forces stormed their house in Nahia, Giza, Thursday afternoon and took the young man into custody.

“Since then we do not know his whereabouts,” Ghada said, adding that “only the women of the family can go on this quest currently, because the father has been ill since that day.”

El-Afifi, a 26-year-old university graduate, was a member of the Ultras Ahlawy (UA07) fan group. His sister insists he has no political affiliation.

“Around 2pm, the police broke into our house. They were over a dozen, masked and armed, and they destroyed the apartment,” Ghada said.

She recalls that when she tried to ask them what was happening, she was “insulted and forced to shut up,” and could only watch in silence as her brother was taken away.

“We have tried to ask about him in nearby detention places, and even waited everyday in front of the court hoping that he would be brought in by authorities for a detention renewal order or something,” she said.

Young activists from Nahia have started campaigning for El-Afifi. According to their claims on a Facebook page in solidarity with the disappeared citizen, “The police kidnapped one of the people who belonged to the revolution, after severely beating him at his house.”

The group also claimed that Hossam Arafa, 25, also from Nahia, was taken along with El-Afifi.

Arrests have been ongoing since 3 July 2013. The areas of Nahia and Kerdasa, located in Giza, have witnessed bloody clashes between security forces and supporters of the Muslim Brotherhood.

In September 2013, forces from the Interior Ministry and the army stormed the neighbourhoods, with Giza Security Chief Nabil Farrag shot dead at the beginning of the operation.

The alleged forced disappearance of El-Afifi comes at a time when the Ministry of Interior is under scrutiny over reports of prisoners being beaten and tortured, sometimes dying in custody, as well as other violations against citizens. According to human rights NGOs, there were more than 1,000 cases of forced disappearance in Egypt in 2015.