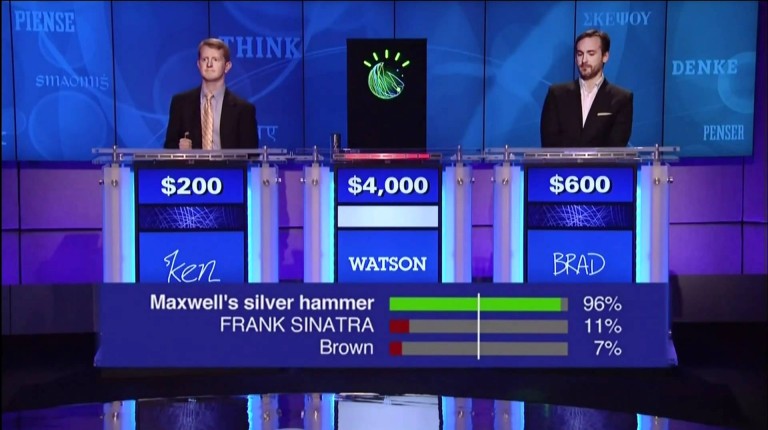 Watson for Oncology extracts knowledge from a vast amount of medical literature sources. This allows Watson to suggest individualised, evidence-based treatments specific to the patient. Daily News Egypt interviewed Dr. Ossama Emam, IBM Cairo Human Language Technology Group Manager. He is a senior technical staff member (STSM), has 30 inventions in IBM, and is a member of IBM Academy of Technology.

First, tell us more about Watson?

IBM® Watson™ represents a first step into cognitive systems, a new era of computing. Watson is a cognitive system and, before Watson, we have to talk about language, what language is, and why it is hard for computers to understand.

Language is the expression of ideas.  It is the medium by which we communicate an understanding of things between people. It is how we think, imagine, convey fear, and hope. It is the way of communication. The ability to speak, write, and communicate is one of the most fundamental aspects of human behaviour.

Language is full of innuendos, idiosyncrasies, idioms, and ambiguity. How can a “piece of cake” mean “easy”? How can we ask children to “study” by saying “hit the books”? How can a slim chance and a fat chance be the same but a wise man and a wise guy are opposites? The world around us is challenging; data has doubled in the past two years. More information was created in the past two years than in the history of mankind. That is an alarming statistic when you think about how it impacts our ability to do our day to day jobs.

Experts are the lifeblood of any organisation but nowadays even the top experts cannot keep up. Every single day, 4.7 quintillion bytes of data are created. That is the equivalent of about 340 newspapers being delivered to every man, woman, and child on this planet. Imagine eight  billion people getting 340 newspapers. What is the probability you’ll be able to answer a question if I asked you a question and said the answer is in the newspaper. What is the probability you’ll be able to find the answer in a timely way. This is exactly what is happening across industries.

Imagine the doctor by 2020, medical information will double every 73  days. Some 178,000 clinical trials occur every year. Imagine being able to track the output, insights, and implications from those.

It is a challenge to keep up. However, Watson addresses this. It allows us to enhance, scale, and accelerate our human expertise.

Watson is capabile of processing immense amounts of information. Even in its debut a few years ago on the game show Jeopardy!, Watson was processing 200m pages of data, providing insight and responses. Not deterministic, but confidence weighted answers, given the context of the question.

That is what Watson is doing in the market – advancing and accelerating what we as individuals are capable of doing on our own.

Watson is a new era of computing. It navigates natural language and the complexities of how you and I interact, which turns out is non-trivial. We say things like “fill in a form” or “fill it out”. It is tough for computers to understand natural language. But that is not all that Watson does.

Watson processes massive amounts of information and puts it into context. And then it learns, get progressively smarter, and identify patterns. These are unique attributes of a cognitive system.

We are entering the Third Era of Computing. In the Tabulating Era, from the early 1800’s to the 1950’s, people built machines that focused on counting and arithmetical analysis. These helped with tasks such as controlling industrial looms or measuring voting and census data. IBM’s early reputation was established during this era.

In the Programmable Era, from the 1950’s to the present, people created software that used programming languages to give computers more complex tasks. Their performance, however, was limited by their adherence to established processes and their inability to find relationships within unstructured information.

Now as we enter the Cognitive Computing Era, we are developing systems that can use natural language processing to extract meaning from large volumes of unstructured data and to learn as they do so.

The challenges that Watson addresses are data volume, which is very large, and processing it in a very short time. So that cognitive system can engage with a human in natural way, that is the object to ingest data and in short time to be engaged with the human. However, there is huge data, 80% of data is unstructured. IBM pillars are cloud computing, big data analytics, social media, and you use mobile, therefore we need cognitive to ingest all these data.

For instance, we have Watson for Oncology “cancer diseases treatment”.

Medical information is growing faster than clinicians are able to put it to use. Watson Discovery Advisor represents a new approach for Oncologists. In the conventional approach, the physician understands a patient’s condition by manually digging through medical records between appointments. Operating from memory, keyword-driven document search, and waiting for consults. The treatments are based on individual physician experience and dated guidelines. However, using the cognitive approach, at-a-glance view of suggested treatments based on thorough analysis of patient data. Watson will provide automated extraction of knowledge from a vast body of medical literature sources. Watson will also provide individualised, evidence-based suggestions specific to the patient.

Watson saves doctors’ time and efforts in diagnosing the case and helps them be more productive and more innovative to free them to do other things. Watson is in action at a major North American hospital and soon will be in Middle East in one of the UAE’s hospitals.

Watson for Oncology helped many people to be treated and helped doctors to provide them with treatment plans they never hear about.

A joint venture called ‘Cognit’, the arm of IBM to sell Watson in the Middle East, was launched, especially for Watson Oncology, which will be used in UAE hospitals. Therefore, to guarantee the spread of Watson, we work on developing Watson in Arabic.  We are working on teaching Watson how to understand Arabic by the end of 2015.

What more can Watson do?

Watson can ingest unstructured data, sound, text, social media, and other data and we apply Watson in different domains. We started with the medical domain “oncology” and we are addressing other industries as well.

For instance, Watson for wealth management will inform the best way to invest money based on reading, performance, reviewers’ opinion on companies and products.

How will Watson benefit Egypt?

In the health sector, we can identify the diseases that are spread in Egypt, maybe not cancer but Virus V, so we can launch the system in Watson to treat IT and teach it the data but for now we can use Oncology.

For data digest, we have huge data in ministries and state agencies in the Egyptian government.

In general, it saves time and money and gives priceless experience, especially in health care.

How much money is spent in IBM Research?

In January 2014, IBM launched the IBM Watson Group, a new business unit dedicated to developing and commercialising cloud-delivered cognitive advisors. IBM is investing $1bn into the Watson Group, focusing on development and research and bringing cloud-delivered cognitive applications and services to market. This includes $100m available for venture investments to support IBM’s ecosystem of start-ups and businesses building cognitive apps made with Watson.

IBM inventors received a record of 6,809 US patents in 2013 – the 21st consecutive year that the company has led the annual list of patent recipients. IBM inventors patented range of inventions in 2013 that will position the company to compete and lead in strategic areas – such as IBM’s Watson, cloud computing, Big Data analytics and the new cognitive computing era. IBM Researcher Dr. Christian Cachin  is co-inventor of US Patent #8,422,686 THAT describes a technique that automates the lifecycle of cryptographic keys used to encrypt and secure data and can enhance security for cloud computing applications.

How much time was spent in developing Watson?

The research project began in 2006; we joined the ‘Jeopardy!’ game show in February 2011. IBM Watson wowed the tech industry and a corner of the US pop culture with its 2011 win against two of Jeopardy’s greatest champions.

Watson for health care was launched in August 2011, Watson for financial services in 2012 and Watson for other solutions for industry in 2012.

Watson works on cloud. The user can access it from any device, any laptop, computer, or mobile. In addition, it is available for any corporations with different businesses.

What are the languages in which Watson operates?

English, Spanish, and now Arabic by the end of the year. We may launch Watson in other languages according to the needs.

IT leaders: from operator to innovator

IBM awaits summit to complete vision on projects to invest in