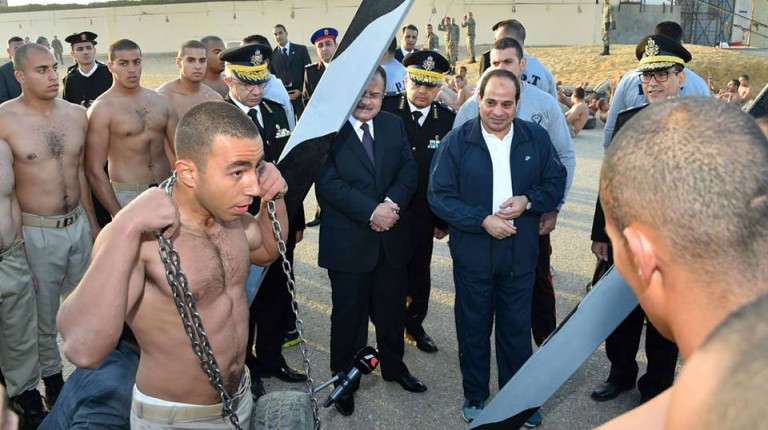 “Attempts at violating human rights values must be stopped,” President Abdel Fattah Al-Sisi said during his visit to the Police Academy Thursday, where he addressed students and officers on terrorism and human rights.

In his speech, Al-Sisi saluted police victims, and highlighted the role played by the police in maintaining security, as well as its performance during the parliamentary elections, which was also reported to have been successful by observational reports.

Meanwhile, Al-Sisi denounced the presence of hostilities towards the people, and pointed to the necessity of accountability towards individuals who commit violations. This comes after a wave of public outrage against the Interior Ministry due to an increase in cases of police brutality in November.

According to the El Nadeem Centre for Rehabilitation of Victims of Violence, last month alone witnessed the death of 13 citizens in detention centers, while another 42 cases of prison torture were reported, as well as the forced disappearance of 40 persons.

In one of the recent cases in Luxor, the relatives of the victim organised demonstrations last week and have threatened to continue escalating, after the officer accused of killing citizen Talaat Shebib was transferred outside the governorate. They have demanded “retribution” and punishment.