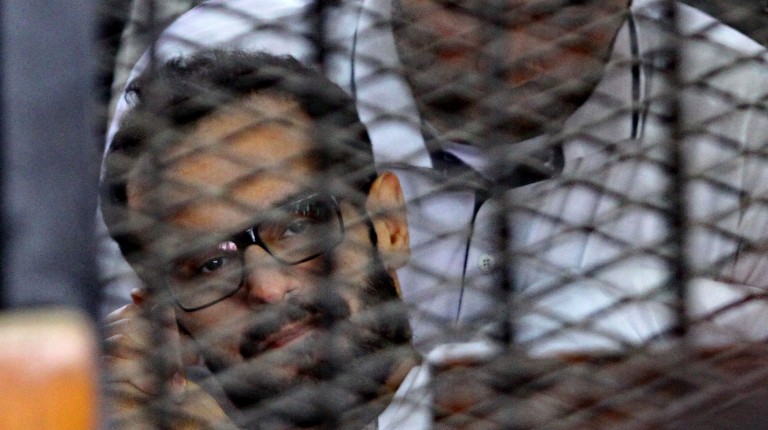 The Egyptian Cassation Court accepted Thursday appeals on verdicts issued against 38 defendants, sentencing them to death penalty and life in prison.

The case included 14 journalists and media workers; 13 of whom received life sentences, while one received the death penalty.

These include Rassd board members Abdullah Al-Fakharany and Samy Mostafa. Al-Fakharany was arrested on 25 August 2013, 11 days following the dispersals, and has since then been held in Istikbal Tora Prison.

He was sentenced to life imprisonment on 11 April 2014, when the Cairo Criminal Court, headed by Judge Nagy Shehata, issued a verdict on the defendants of the “Rabaa Operations Room” case.

Along with the two Rassd journalists, Mohamed Al-Adly, a presenter on the Islamist Amgad channel, Mosaad Al-Barbary, head of Ahrar 25 channel and Egyptian-American activist Mohamed Soltan were convicted.

The court sentenced 12 defendants to death and 26 to life in prison on charges of spreading false news and forming an operations room to direct the terrorist Muslim Brotherhood to defy the government during the Rabaa Al-Adaweya sit-in dispersal, and to spread chaos in the country.