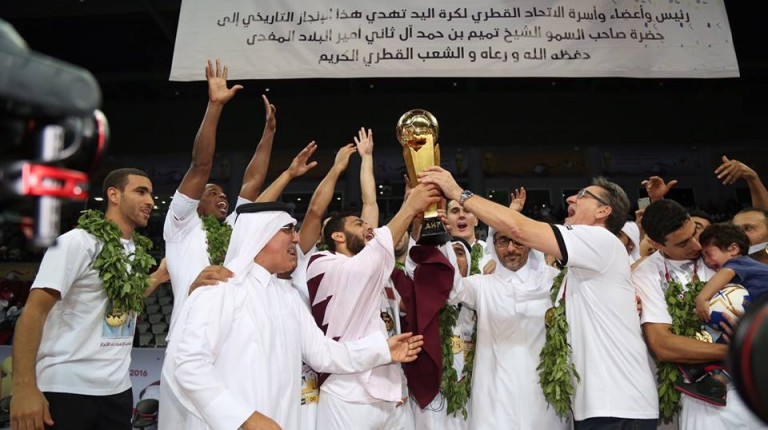 The Qatari national handball team achieved a historic 28-19 victory over its Iranian counterpart in the final game of the Asian qualifiers for the 2016 Olympic Games in Rio de Janeiro.

This marks the first time the Qatari team has qualified for the Olympics.

The Qataris led the second group in the first stage of the playoffs with 10 points, after winning five consecutive games against Iran, Japan, Saudi Arabia, Oman, and Uzbekistan. The team then bagged a victory over South Korea in the semi-the final (30-26) to qualify for the final match.

The Iranian and Bahraini team, which led the first group in the first phase of the qualifiers, will qualify for the final playoffs with teams from other continents, in efforts to secure an additional seat for the Asian continent in the Olympics.

The Bahraini team turned on the style, winning all their matches in the first phase of the qualifiers against South Korea, Iraq, China, and Australia. However, they were defeated in the semifinals against Iran (35-30).

The Summer Olympic Games of 2016 will be held at Brazilian stadiums, and the handball competitions will be played between 6 and 21 August 2016. The Qatari team is the first Arab team up to play handball finals.

Qatar participated in and hosted the World Handball Championship in 2015, where it won second place after losing to France (25-22).

At the time, the Qatari team included a number of naturalised players, such as Žarko Marković from Montenegro, Serbian-Bosnian goalkeeper Danijel Šarić, French Bertrand Roiné, and Cuban Rafael Capote. This raised a major debate regarding the eligibility of countries granting nationalities to players to play in different sports.