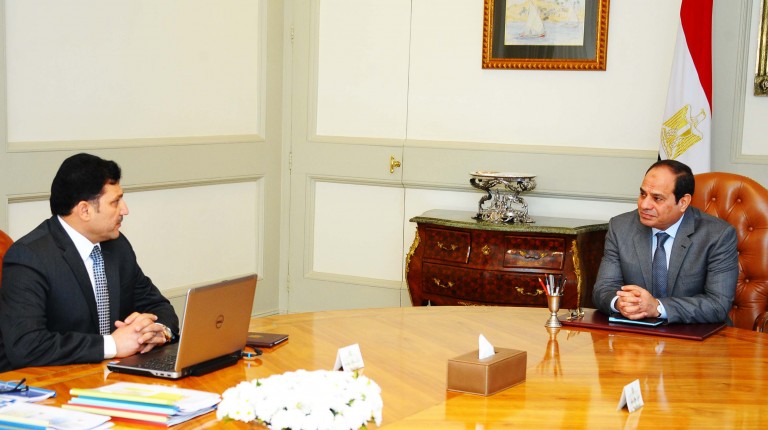 Presidency spokesman Alaa Youssef said in a statement that Al-Sisi discussed during his meeting with Moghazi the necessary steps to implement the urgent plan to raise the efficiency.

Al-Sisi stressed on the importance of completing all special procedures especially in Alexandria and Behira to avoid problems from the repeated heavy rainfall on the Egyptian northern coasts. The solution is for the protection of the lives and property of the citizens and to facilitate their livelihood.

More than 20 people were killed in November as a result of rainfall floods in Alexandria and Behira, which forced Prime Minister Sherif Ismail to put force an emergency plan for the rehabilitation of irrigation and drainage networks to prevent the recurrence of the matter.