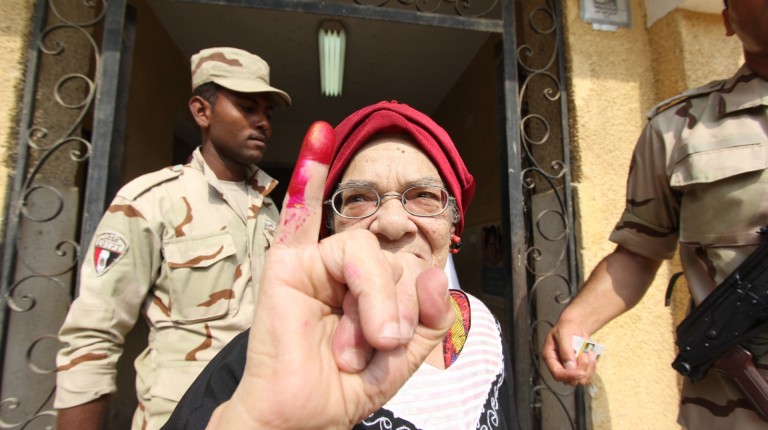 The parliamentary elections are in their final phase with elections repeated in four constituencies Saturday through Monday in Egypt and abroad. A total of 13 candidates should be elected in those constituences.

The constituency of Damanhour centre and city in the governorate of Beheira was among of the first phase that took place on 17 to 19 October. The Alexandria Administrative Court annulled the constituency’s results because of one candidate, who had been sentenced to five years in prison in a criminal lawsuit by the time of the elections, therefore becoming ineligible as a candidate.

According to state-owned newspaper Al-Ahram, the candidate obtained over 18,000 votes, which could affect the final results after the candidate is removed from the list.

Al-Nour Party decided Thursday to withdraw one of its two candidates running in the constituency, that has a total of four seats. Other parties, like the Free Egyptians Party (FEP), Future of a Nation Party (FNP), Al-Wafd Party, the National Movement Party are participating in the competition.

The district is divided between Al-Raml 1 and Al-Raml 2 constituencies in the governorate of Alexandria. The Administrative Court ordered the annulment of the elections on 22 October because of a candidate who was not removed from the list, despite being declared ineligible for the elections.

The removed candidate reportedly obtained nearly 23,000 votes. As a result, rivals appealed the results based on the fact that such a number of “void” votes could completely change the results.

More than 60 candidates are competing, most of whom are independents, but several political parties are also present, such as the Reform and Renaissance Party, Al-Wafd Party, FNP, Guards of a Nation Party, the Republican People’s Party, the Conservatives Party, and one Al-Nour Party candidate.

The elections were annulled by court order following appeals filed by a candidate who obtained another court ruling upholding his candidacy, yet was not featured on the candidates’ list by the Supreme Electoral Commission (SEC).

Also in the same governorate, the Beni Suef Centre constituency elections were cancelled for similar reasons, due to a procedural error regarding candidates’ names.

There are a total of 14 individual seats in Beni Suef. The Al-Wafd Party, Al-Nour Party, and the Republican People’s Party already took one seat each and six individual candidates won the rest.