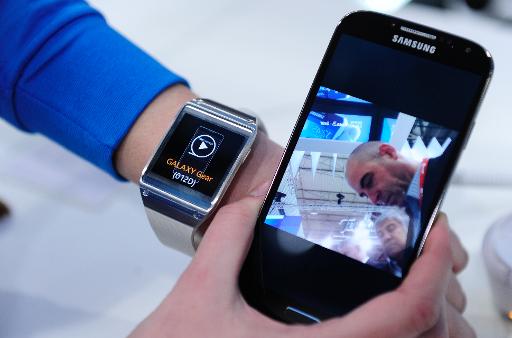 Tamer El-Gamal, manager of Samsung’s mobile phones department, said that smart-watch sales are set to take off globally, jumping from just under 100,000 watches in 2012 to 1.6m in 2016.

El-Gamal revealed Samsung’s latest smart watch – the “Gear S2” – is compatible with all mobile phones that operate with Kitkat and Lollypop androids, in addition to other competing operating systems, allowing the watch to be used with any kind of smart phone. Combined with Samsung’s market share in the smart-watch sector, this broad compatibility will contribute to high sales, he said.

The Gear S2, launched by Samsung on Thursday, with its round shape and stainless-steel body, can connect to smart phones through Bluetooth. It can also easily connect to WiFi and includes the Near Field Communication feature.

The watch is equipped with several applications that suit local consumers, including one for prayer times, one to determine the direction of Qiblah (Mecca), and several health applications. The watch is available in Egypt at prices ranging between EGP 3,000 and EGP 3,500.