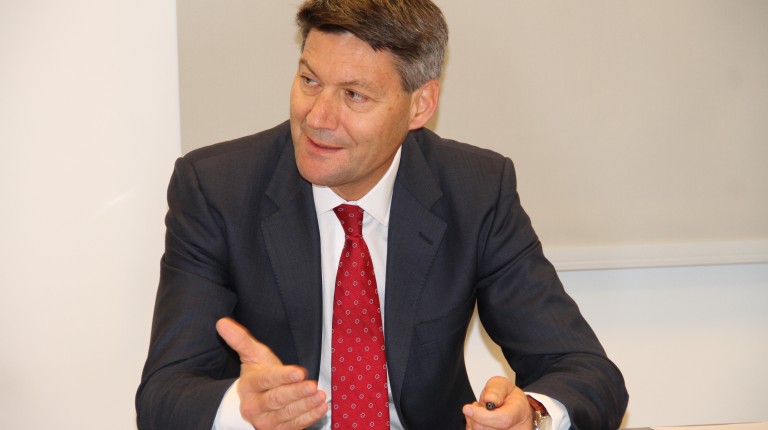 The European Bank for Reconstruction and Development (EBRD) is very committed to ensuring that its activities for enterprises are available across the country, the bank’s director, Philip ter Woort, said.

He added, during an event held in Assuit, in cooperation with the Assuit Investors’ Association: “Providing businesses with the tools they need to become more competitive, innovate and grow is important for the sustainable development of the private sector in the country.”

The event presented the products offered by the EBRD to the business community in Assuit, and was held under the auspices of Assuit’s governor, Yasser El-Desouki.

The EBRD has mainly assisted small and medium-sized enterprises (SMEs) with loans and equity investments.

The bank also connects SMEs with local and international consultants and advisers to provide them with the know-how to transform their businesses. So far, over 250 enterprises received aid in Egypt.

“The EBRD made its first investment in Egypt in September 2012 and has built up a cumulative commitment of more than €1bn to date,” an official statement from the bank read.

Earlier this month, the EBRD announced that it will allocate $500m for 2016 to support Egypt’s new solar energy programme.

The programme aims to construct up to 2,000 MW of utility-scale solar generating capacities as part of an ambitious target to secure 20% of electricity from renewable sources. It aims to increase renewable power generation in Egypt by mobilising private sector investors.

The EBRD expects to finance such plants with up to $500m and mobilise up to $1.5bn in debt and equity from other financiers for these ventures. The total project cost is expected to be $4bn.

This follows another announcement the bank’s director made on 30 November, stating that it will be allocating €1bn to finance SMEs in Egypt’s automotive sector.

“The automotive industry sector in Egypt faces many challenges, one of them is the lack of funding resources which is one of the bank’s priorities in this period,” Ter Woort said.

In light of EBRD’s announcement, head of the feeder industries division at the Federation of Egyptian Industries (FEI) Tamer El-Shafie said the “factories and company owners in the automotive and feeder industries are seeking to develop the industry”.

On 17 November, the bank announced that it will provide a loan of $200m to the Egyptian Electricity Holding Company (EEHC), through the West Delta Electricity Production Company (WDEPC). The loan is for the construction of a new 1.8 GW combined cycle gas-fired power plant in Damanhour.

This project is part of a five-year plan project for 2012-2017 to increase the capacity of the national electricity network of Egypt.