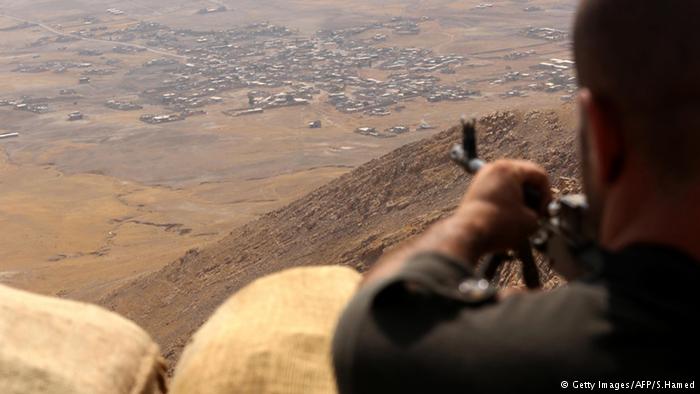 Turkey committed a ‘hostile act’ by deploying troops to northern Iraq, according to the Foreign Ministry in Baghdad. Turkey claims it just reinforced an existing training camp for local volunteers.

The Iraqi Foreign Ministry summoned the Turkish ambassador on Saturday to demand an immediate withdrawal of the troops, Baghdad officials said in a statement.

Earlier in the week, Turkey sent “one armored regiment with a number of tanks and artillery” across the Iraqi border, according to a statement from the office the Iraqi prime minister Haider al-Abadi.

Hundreds of Turkish troops are now stationed near Mosul, one of the key cities held by the “Islamic State” (IS) group, according to the authorities in Baghdad.

On Saturday, the Iraqi Foreign Ministry described the troop presence as a “hostile act,” adding that Ankara did not inform Baghdad of its intentions.

The Turkish deployment was not part of the US-led efforts against the IS, officials in Washington said.

Turkish Prime Minister Ahmet Davutoglu said the deployment was a “routine rotation activity” and “reinforcement against security risks” in a pre-existing training camp.

Ankara created the site almost a year ago in coordination with the Iraqi Defense Ministry, according to Davutoglu.

“This camp was established as a training camp for a force of local volunteers fighting terrorism,” he said in a televised speech. Davutoglu also labeled claims efforts to misinterpret the move as a “provocation.”

Turkish military instructors are active in a number of camps on Iraqi territory, located within the autonomous Kurdish region of Iraq. The compound near Mosul is in the area claimed by both the Iraqi Kurds and the central government in Baghdad.

IS militants seized Mosul in June 2014, inflicting a serious defeat on Iraqi troops. The Baghdad forces have since repeatedly postponed a planned counter offensive to retake the strategic city.

Yes to training, no to foreign troops

The government troops, Kurdish militants and the powerful local militias are fighting the Islamists in other parts of the country, with the US-led coalition providing air support.

Iraq has urged its international partners to provide more weapons and training for the anti-IS forces. At the same time, Baghdad rejected the idea of more foreign troops on its territory.

End of the line for Turkish Prime Minister Ahmet Davutoglu?