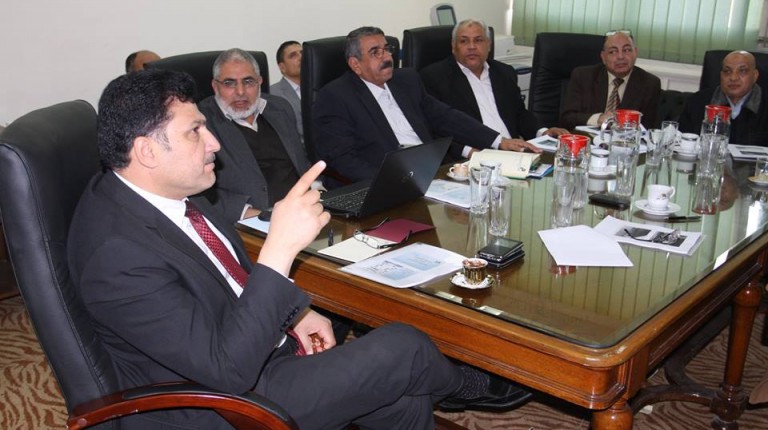 The project’s value amounted to EGP 4m, and KfW Development Bank is participating in funding it through a facilitated loan to the Egyptian government. A total of 75% of the project’s civil work and 65% of the hydro-mechanical work has been completed.

Among the project’s goals is improving irrigation on 1.7m acres of land in Assiut, Minya, Beni Suef, Fayoum, and Giza. It also aims to generate 32 MW of clean electricity at the annual value of EGP 100m, and establish two prime locks to serve the river navigation’s purposes.

The project’s supervisor Hussein Galal Ahmed told Daily News Egypt the project has provided 3,000 job opportunities during the implementation phase that is estimated at around 60 months (five years). He said after the project is complete, 300 permanent jobs will be available for operating and maintenance.

Minister of Water Resources and Irrigation Hossam El–Moghazy, German Ambassador to Cairo Julius George Luy, and Governor of Assiut Yasser El-Desouky paid an inspection visit to Assiut a few days ago to follow up with the project and its hydroelectric stations.

They inaugurated five safety dams at the cost of EGP 19m. These dams served to protect Assiut from the floods in March 2015.

The ministry took procedures to protect both Upper Egypt and South Sinai against the frequent flooding by establishing water and storage dams, artificial lakes, and canals. El–Moghazy said over the past two years, EGP 620m were spent for this purpose, compared to only EGP 90m spent over the previous 10 years.

The two-day visit also included the inauguration of rehabilitation operations to improve the Ibrahimiyah Canal’s efficiency, with costs amounting to approximately EGP 16m.

The total funds allocated to Assiut in fiscal year (FY) 2015/2016 amounted to EGP 250m to implement the Ministry of Water Resources and Irrigation’s projects, which include the agricultural sewage, canals and drains’ maintenance, and the work done to protect riversides.

In terms of serving tourism, El–Moghazy discussed with Al-Sisi the ongoing preparations to inaugurate the Nile Museum this December.  The cost of the museum construction amounted to EGP82m for 146,000 sqm. El–Moghazy said the museum will be a new cultural landmark to be added to the tourist sites in Upper Egypt.