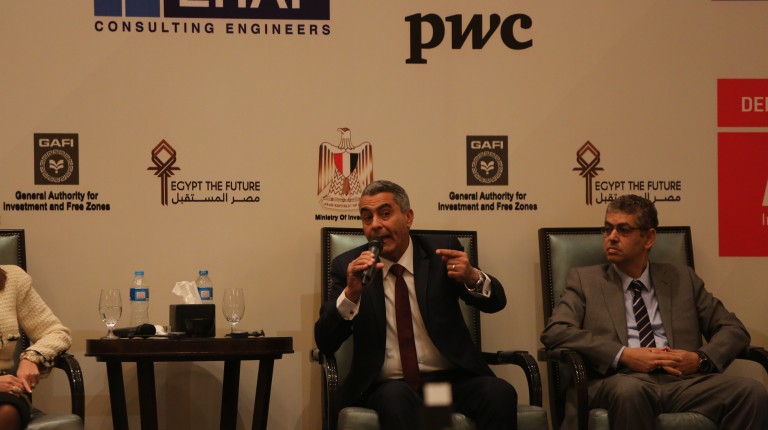 An agreement for a high speed train project between the Egyptian government and a Chinese company is expected to be signed by a next week, Transportation Minister Saad Al-Geioushy told Daily News Egypt on the sidelines of the Egypt Mega Projects conference.

In November 2014, former transportation minister Hany Dahi told Daily News Egypt the high-speed train project aims to connect 10th of Ramadan City with the proposed government capital and will extend from 10th of Ramadan station, passing through the Ring Road station, Shorouk, and Obour City, followed by Adly Mansour station. It is set to link with the fourth phase of the third metro line.

The second phase will extend from the Ring Road station to the proposed Administrative Capital to Badr City, Madinaty, Shorouk, and Rehab. The third phase extends from 10th of Ramadan City to Ezbet Selim and Belbeis, then linking with the Rehab and Adly Mansour stations. The project will be constructed over three phases and will include 16 stations.

“China has provided $1.2bn in the form of a soft loan for project construction,” Dahi said.”China will take over the financing and construction of this national project to connect industrial areas of 10th of Ramadan to Cairo and Belbeis.”

Al-Geioushy said the nature of investment has changed to an agreement with a Chinese company. He did not confirm, however, the volume of investment.

“I don’t care where the investment comes from, whether it is a Chinese or European company,” he said. “Whoever has the investment money can come and fund the project.”

On the starting date of implementation for the high-speed train project, the minister said funding “it will depend on the business model”.

We finalised a plan to restructure the transportation industry and presented it to the cabinet and the president, and it was recently approved, said Al-Geioushy.

The Ministry of Transportation plans to increase the volume of investments in the transportation sector by focusing on the private sector, said Al-Geioushy.

The government is promoting 37 transportation projects to investors. The fourth, fifth and sixth metro lines are priority projects for the ministry.”We have presented numerous projects to 35 investors in order to support the industry.”

On the possibility of price increases of metro tickets, the minister noted that tickets prices for the old line will not increase, but some increases will be introduced for new line tickets.

We need to adjust these shares in order to increase the maritime and river transportation to 30%, added Al-Geioushy.

The ministry will start integrating the intelligent transportation system (ITS) within the next two weeks. END

Plan to restructure Alexandria Port to be delivered in Q1 2016: Minister of Transport