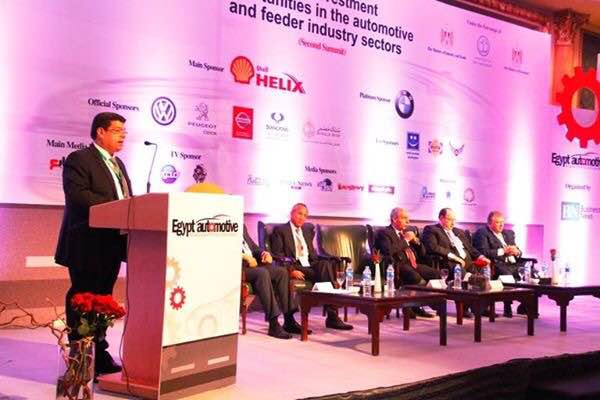 A clear strategy, roadmap and an action plan must be set by the government to enhance and develop the automotive industry in Egypt, panellists argued at the second annual Egypt Automotive Summit on Tuesday.

Several obstacles facing international players in the industry were discussed during the conference.

“Hundreds of millions of dollars we are unable to transmit out of Egypt, given that with the depreciation of the Egyptian pound, our company has lost 15% of its finances just for having the Egyptian pound on our financial books,” said Isao Sekiguchi, General Manager at Nissan Motor Egypt.

He pointed to the restrictions set by the government on foreign currency transmitted out of the country, and the consequences of pound depreciation against the US dollar.

“We have several investment plans at Nissan that have been put on hold because of risk exposures seen by the top management of the company in Japan,” Sekiguchi further elaborated.

Regarding the challenges manufactures in the country face, Chairman of the Arab-American Company (Fiat Chrysler Automobiles) Mohamed Anis indicated that 90m cars were produced worldwide in 2004. Of those, 24m were produced by China alone, 12m by the US, 10m by Japan, while millions of others were produced in Germany, and South Africa, amongst several other nations. In Egypt, however, only 100,000 cars were produced.

The amount produced in the country is very limited compared to its requirements for the production of 300,000 cars annually, Anis indicated. The main reason behind the low production rate in Egypt is that international car producers find that importing cars from Europe to Egypt is actually cheaper than producing in the country. This is because of the gradual decline in customs imposed on imported cars from Europe.

“No one told us how to raise the local components; it’s a difficult target to achieve,” said Ramy Gad, representing Alkan Group.

Meanwhile, General Manager of the Egyptian Automotive and Trading Compan,y Karim Naggar, indicated that the production of 1m cars is a far-reaching target, especially with the current circumstances facing the automotive industry, since Egypt currently produces an average of 100,000 cars only.

Naggar, whose company is the local agent for Volkswagen (VW), indicated that VW doesn’t manufacture in Egypt because it is a very small market compared to other international markets.

Regarding the potential of exporting from Egypt, a number of panellists indicated that meeting local demand should be the current priority. When Egypt actually succeeds in increasing its local components and its production lines, exportation could be the next step to discuss.

Egypt Automotive Summit is only event that brings all the sector’s parties, government representatives together: El-Shorbagy

Leaders in the auto industry prepare for ‘Egypt Automotive’ summit