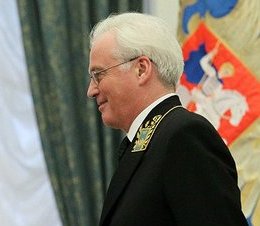 Russian Ambassador to the United Nations Vitaly Churkin told journalists on Wednesday that the international meeting on the Syrian conflict scheduled for 18 December is “premature”.

“In our opinion, if the meeting is held in the near future, it should take place in Vienna, in order to continue this process and, in a sense, keep a distance from the hectic atmosphere of New York,” Churkin said.

Holding “one meeting after another” without implementing the agreements that have already been reached may harm the Vienna process, Chukrin continued.

Churkin said the task of Vienna talks held in November was to coordinate two lists: one with uncompromising terrorist organisations; and another with opposition figures that will sit at the negotiating table with the Syrian government.

“This has not been done yet. These two lists have not been coordinated yet. In our view, it is premature to hold the third meeting, since several members of this Vienna Group – the Syria Support Group – might get used to talking and will continue talking, distracted from real deeds,” he said.

He said “real progress” is needed to move the situation toward the start of negotiations, with a view to achieving a political settlement between the warring sides in Syria.

US Secretary of State John Kerry announced plans to hold a meeting of the International Syria Support Group in New York on 18 December, conditional on the outcome of a meeting of Syrian opposition groups currently held in Riyadh.

Saudi Arabia invited 100 persons, including representatives of the Western-backed political alliance the National Coalition for Syrian Revolutionary and Opposition Forces, to the meeting in the Saudi capital this week.

Also invited were members of the National Co-ordination Committee for Democratic Change, the Southern Front alliance, and the two Islamists groups Ahrar Al-Sham and Jaysh Al-Islam.

Twelve opposition groups will also attend the conference under the umbrella of the Free Syrian Army.

Invitations were not sent out to members of Kurdish groups or the Al-Nusra Front. The Kurdish People’s Protection Unit said that any attempt to unify the opposition without the Kurds being involved would not succeed.