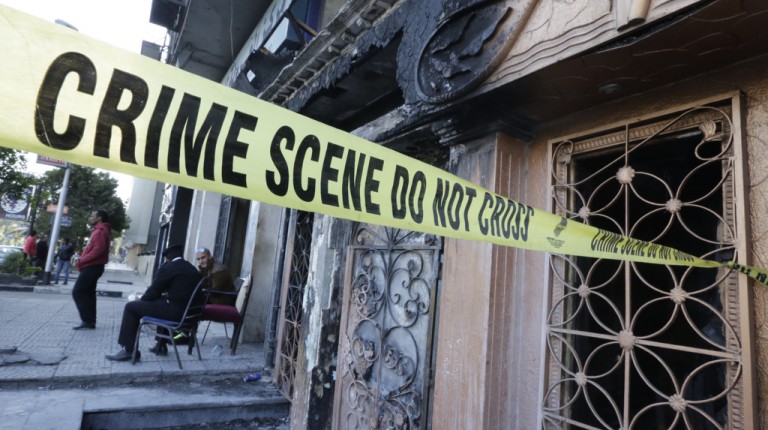 The Giza prosecution arrested a fourth suspect in the Agouza nightclub attack, detaining him for four days pending investigations. His uncle is also being investigated on whether he knew about the plans for the attack or not.

The defendants are facing charges of attempted murder, setting fire to the place, and carrying unlicensed weapons.

A prosecution official reportedly said the fourth defendant had a rubber bullet gun at the time of the arrest on Tuesday. The first three suspects were arrested Saturday and will be interrogated by the prosecution, facing possible murder charges.

The nightclub in Agouza was attacked by Molotov cocktails early Friday morning, allegedly following a dispute when the perpetrators were not allowed entry into the club. The Agouza prosecution unit had ordered the detention of three suspects for four days pending investigations on Sunday.