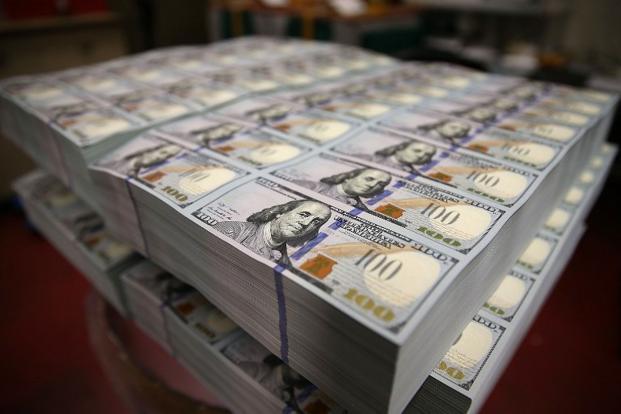 The Ministries of Petroleum and of Finance and the Central Bank of Egypt (CBE) are negotiating with foreign banks in Egypt to postpone or extend the period of paying the installments of dollar loans. The loans were taken by the Egyptian General Petroleum Corporate (EGPC), but it is currently unable to re- pay due to CBE’s deficit in providing dollars.

EGPC has been suffering since October from a crisis of repaying dollar installments to foreign banks, such as the National Bank of Abu Dhabi (NBAD) and Mashreq Bank, a prominent official in the Ministry of Petroleum told Daily News Egypt.

The official said the banks expressed their willingness to provide facilities for EGPC in order to pay installments by postponing or extending the payback period.

CBE is facing a crisis of providing $700m per month to import petroleum materials and natural gas and provide for refunding installments of facilities earned by Egypt and loans from foreign banks operating in Egypt, the official said.

CBE has provided around $160m in October to import petroleum materials. This put additional burden on banks to provide the rest of its dollar needs to meet the market needs, while failing to pay up the installments dues.

During the second quarter (Q2) of fiscal year (FY) 2014/2015, EGPC requested CBE to provide $700m per month to import the country’s needs of petroleum materials and natural gas.

CBE informed EGPC that it is unable to provide all the monthly dollar requirements so as not to affect the foreign currency reserves and Egypt’s credit ranking, the official said.

EGPC requested $2.4bn during Q1 of 2015/2016 from CBE in $800m per month installments. CBE provided approximately $1.8bn, while EGPC provided, from its own budget, the rest of the dollar requirements to import liquefied natural gas (LNG) and gasoline.

The official said the fuel import bill amounts to approximately $650m per month, compared to $800m recorded last year. This decrease was due to the fall in price of crude oil, which led to a decline in the value of imported petroleum derivatives.

Around $240m is paid monthly to import LNG shipments, to rent gasification ships, and to pay off installments for facilitations acquired from Saudi Arabia and the UAE in fuel shipments and dollar loans.

Cooperation is conditional for obtaining dollars: CBE to banks

Banks fail to receive their share of CBE dollar auction