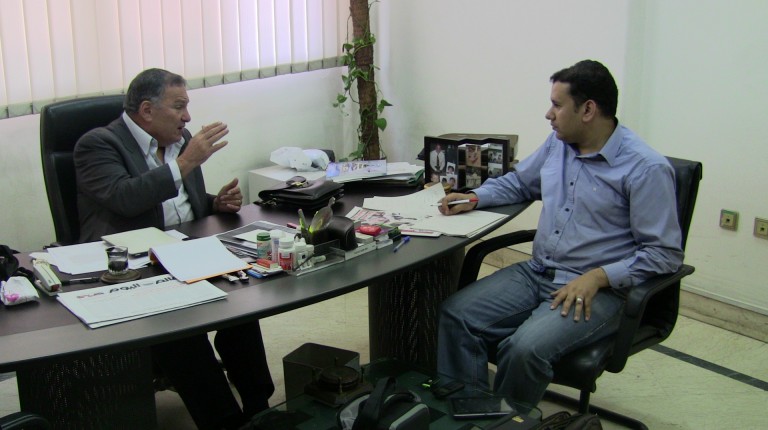 Chairman of the Egyptian Tourism Federation (ETF), Elhamy El-Zayat, estimated that Egypt will lose about $1.5bn in tourism-related revenues as a result of the downing of a Russian passenger jet on 31 October, and the subsequent block on British and Russian flights to Egypt.

In an interview with Daily News Egypt, El-Zayat said that, after five years of continuous crises, the sector is waiting for the “mercy of the sky” to recover.

How do you see the current crisis in the tourism sector after the halting of flights to Egypt?

The Russian crash is a continuation to a five-year crisis in the sector that began with the 25 January Revolution in 2011. The sector has already been suffering and the crash pushed it further south.

The UK’s decision to halt flights to Sharm El-Sheikh and the evacuation of the British from resorts and hotels in the city, exported a very negative picture of the Egyptian tourism sector, forcing Russia to follow suit and halt flights to all areas in Egypt.

Russian tourism represents 35% of the incoming flow to Egypt, and the British account for about 11%. Halting flights from both countries is a serious blow to the sector.

Egypt will lose tourism revenue exceeding $1.5bn this year, to bring it down below $6bn compared to $7.5bn last year.

But as a member of the crises committee formed by the Ministry of Tourism and the head of ETF, how can the crisis be fixed?

I believe that politics can help solve the crisis. We should recognise and understand that. Egypt is in a volatile region.

In the East, “Islamic State” is killing innocents. To the south, Sudan is unstable. Libya’s complicated situation, including the IS group, sits to the west of Egypt.

The political leadership in Egypt is aware of all these things. You can see that in its recent movements, when the president visited Britain and Greece or other countries.

On the part of the crises committee, there have been efforts at all levels to bring Russian and UK tourism back to Egypt. I think this will be done by 2016.

There are security delegations checking airport security in cooperation with the Ministry of Civil Aviation.

I mean that there are moves from all sectors of the state to bring back tourism. There has been coordination with our overseas partners, who are interested in putting Egypt back on the tourism map. However, I don’t think this will happen before the end of this year, and most likely it will be by early 2016.

How do you coordinate with foreign partners to restart tours in Egypt?

We should know that halting flights to Egypt will not only impact the sector here, but will also damage foreign tour operators, especially in Russia.

Russian operators have two key destinations at the moment: Egypt and Turkey. In November, trips to all the tourist areas in Egypt were halted. More recently, political relations between Russian and Turkey went down, and the Kremlin issued a decision to halt tours to Turkey.

In case the suspension continues, Russian tourist companies can expect to face huge losses, which may force major companies to exit the market.

It’s a blessing in disguise, because the deterioration in Russian-Turkish relations may be a reason for the return of flights to Egypt soon.

As for southern Europe, Egypt is not so significant for foreign tour operators, which means these companies will not be strongly affected.

Some reports suggest bringing Russian tourists from neighbouring countries such as Belarus. What is your opinion on that?

This is not possible, as there is a ban on Russian flights coming to Egypt and that will be considered circumvent of the decision.

Do you believe that tourism programmes for Egyptians, recently launched by the ministry, are a solution for the crisis?

Domestic tourism plays a very significant role. We hope that it will not be looked at only in times of crisis. At the same time, it will not replace foreign tourism.

The sector is working on many levels, and domestic tourism is one of the scenarios implemented by the crisis committees. The committee is promoting Egyptian tourism in western Arab countries, Gulf countries, while increasing promotion in the countries that did not issue any alerts for travelling to Egypt.

The minister of tourism, Hisham Zaazou, succeeded in reducing the strength of Polish warnings against travelling to Egypt, despite the sector’s tough working conditions.

What are the current occupancy rates in Sharm El-Sheikh and Hurghada hotels?

The rates differ from one hotel to another. Russian tourism represents 55% of the total flows targeting Hurghada and 30% of the flows going to Sharm El-Sheikh, which means Hurghada will be more affected than Sharm El-Sheikh.

Therefore, the support should not only be intensified for Sharm El-Sheikh, but it has to be extended to Hurghada, Luxor and Aswan.

How do you see the future of Egyptian tourism?

Despite all crises, and contrary to common belief, the sector has proved it is not fragile, as it has kept working over the past five years of consecutive crises.

We feel that it will recover, with the help of the state’s efforts and much support over the current period.