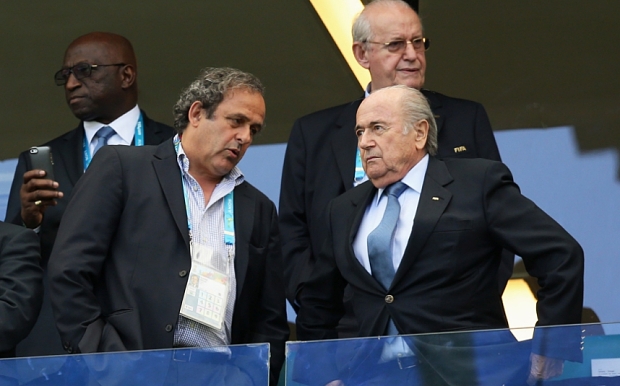 South African offered bribes of about $9.97m in order to secure its bid to host the 2010 World Cup, according to a United States federal investigation.

The Federal Bureau of Investigation (FBI) said has pointed the finger as an unnamed high-level official in the Fédération Internationale de Football Association (FIFA), who is referred to as person number 17 in the indictment issued recently by the US Justice Department.

The indictment, which was prepared by the FBI to reveal corruption within FIFA, also charges 16 other FIFA officials.

The indictment shows that three sums of money were offered to FIFA’s former vice-president, Jack Warner, who has been banned from all football-related roles for life.

Among the officials charged with corruption is the former head of the Brazilian Football Confederation, Ricardo Teixeira, who has allegedly received bribes of about $200m.

The current president of the Brazilian Football Confederation, Marco Polo Del Nero, is also named by the authorities, along with current and former heads of regional and local football associations in several countries including: Brazil, Ecuador, Peru, Guatemala, Panama, Bolivia, El Salvador and Honduras.

Among the most prominent names are the current President of the Confederation of North, Central American and Caribbean Association Football (CONCACAF), Alfredo Hawit, and secretary general of the South American Football Confederation (CONMEBOL), Eduardo Deluca.

According to the FBI investigation, the president of FIFA, Sepp Blatter, has accepted bribes worth of $100m.

Investigations found that a sports marketing company paid $100m to senior FIFA officials, including former president João Havelange and vice-president Ricardo Teixeira, in exchange for exclusive marketing and television rights in the 1990s.

Blatter has denied knowledge of those bribes. However, did not conduct any effective investigations into the allegations. In 2010, Blatter ignored the results of a Swiss investigation that proved that Havelange and Teixeira had indeed received bribes. Later on, in 2013, Blatter was acquitted of charges against him in that investigation, and allowed Teixeira to vote for the hosts of both the 2018 and 2022 World Cups.

The circle of FIFA corruption is widening day by day. Ecuadorian authorities have issued an arrest warrant for Luis Chiriboga, president of the Ecuadorian Football Federation, in addition to two other officials who were placed under house arrest.

Meanwhile, Michel Platini, head of the Union of European Football Associations (UEFA), is currently awaiting a final verdict that is scheduled for the end of December. Platini was most likely to become the next FIFA president before being suspended for 90 days after charges were brought against him.

Facing a possible life ban for corruption, the suspended UEFA president was charged over a controversial $2m payment from FIFA in 2011 that Blatter said he approved as backdated salary for work Platini did as a presidential adviser between 1998 and 2002.

Infantino to withdraw from FIFA race if Platini is cleared