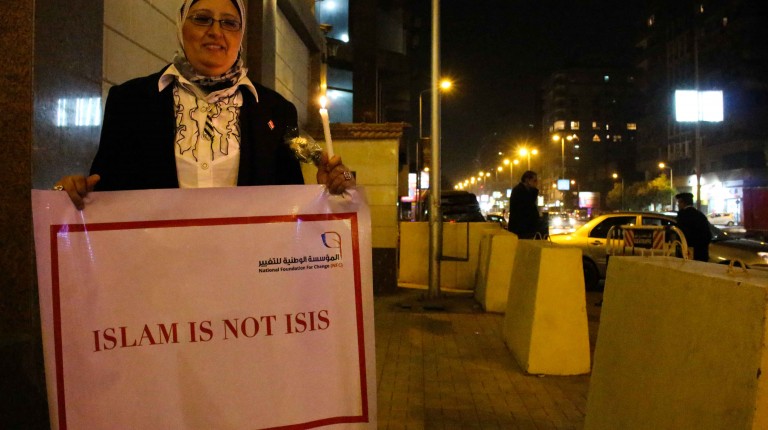 A group of activists and citizens gathered Thursday night in front of the Russian Embassy in Egypt to commemorate 40 days since the  crash of  Russia’s Kogalymavia airline.

The gathering mourned the victims, and participants lit candles to commemorate  the crash. The crowd also raised banners asserting relations between Egypt and Russia, and arguing that “ISIS [Islamic State] does not represent Islam”.

The plane was en route from Sharm El-Sheikh in Egypt to St Petersburg in Russia when it crashed over Sinai, killing all 224 people on board, mainly Russians.

While the Russian government said that the crash was due to a terror attack, Egypt is yet to  release an official report on the investigations.

All photos by Asmaa Gamal

Russia ready for discussions over lifting flight ban to Egypt

Renewed security procedures at Sharm El-Sheikh Airport to be finalised by mid-December: Sources