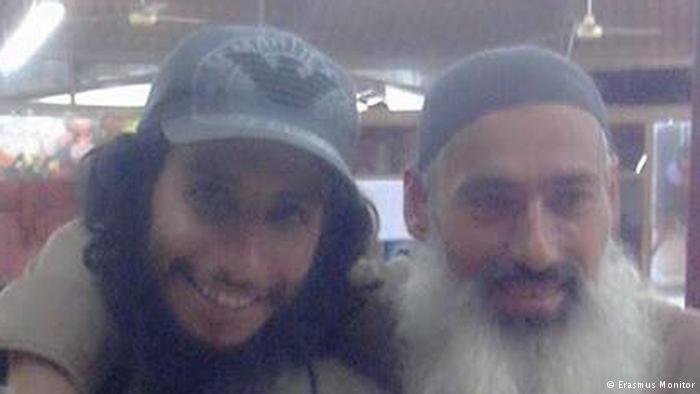 Authorities are searching for a man from the German town of Dinslaken, according to magazine “Der Spiegel.” The man is said to have been close with Abdelhamid Abaaoud, the purported mastermind of the Paris attacks.

Hüseyin D. from the North-Rhine Westphalia town of Dinslaken is the target of an investigation launched by German authorities, the Hamburg-based news magazine “Der Spiegel” reported on Friday.

According to the report, Hüseyin D. was considered close to the purported mastermind of the Paris attacks, Abdelhamid Abaaoud. A photo of him shows Hüseyin D. and Abaaoud in Syria together, smiling and holding assault rifles.

“Spiegel” added that Hüseyin D. was part of the “Lohberger Brigade” – a group of men based in North-Rhine Westphalia who traveled to Syria in 2013 to wage war with militants in the conflict-stricken country.

In a separate report, “Spiegel” noted that Abaaoud had visited members of the “Lohberger Brigade” during several trips to Germany.

Germany has been alert to possible terrorist attacks in its borders following last month’s events in Paris, where members of the “Islamic State” militant group carried out attacks across the city, leaving 130 people dead.

Days following the attack, authorities shut down a friendly football match between Germany and The Netherlands at the Hanover Stadium after a bomb threat was discovered.

An Algerian man in northern Germany was also questioned for reportedly telling Syrian refugees that he knew of the attack in Paris before it occurred.

The move was slammed by Aiman Mazyek, the head of Germany’s Central Council of Muslims.