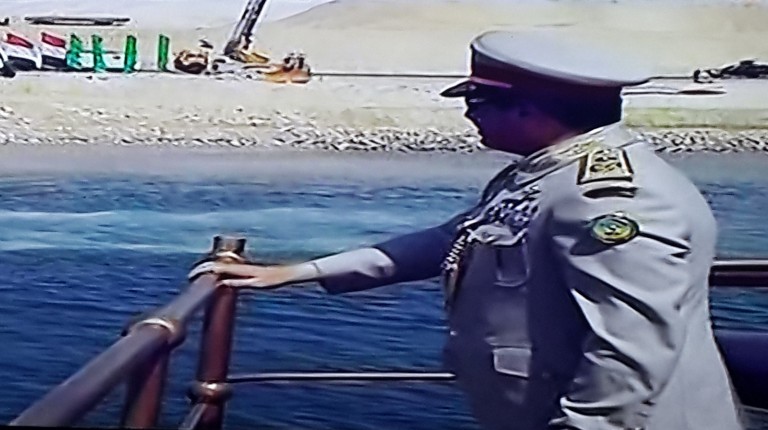 President Abdel Fattah Al-Sisi witnessed the signing of an agreement to establish the Arab Union of the Administrative Courts and attended the inauguration of Princess Fawkia Palace during his visit to the State Council Saturday.

The agreement aims to create a unified mechanism to settle legal disputes between the union member states and to discuss aspects of cooperation among union’s countries in legal and judicial systems. The union constitutes a number of Arab countries including Bahrain, Jordan, Tunisia, Lebanon, Palestine, Mauritania, Yemen, Algeria, Morocco, Iraq, and the UAE.

Al-Sisi participated and unveiled the memorial plaque at the inauguration of Princess Fawkia Palace, which was renovated by the Engineering Authority of the Egyptian Armed Forces over the period of four years. The palace was the old headquarters of the State Council and was established in 1946 during the reign of King Farouk.

He congratulated the council members for re-opening the historical council headquarters and expressed his admiration for the judiciary in Egypt and the efforts towards the prosperity of Egypt. He praised their active role in resolving the administrative disputes between individuals and state entities.

During his visit, Al-Sisi met with the families of Judge Omar Hammad and Prosecutor Amr Mostafa who were both killed in November in Al-Arish attack targeting a hotel hosting judges during the elections in North Sinai. Al-Sisi praised the “martyrs” and confirmed his appreciation for sacrificing their lives for the nation and that they represent another “bright mark” in the history of the judiciary in Egypt.

This was Al-Sisi’s first visit to the State Council since he officially took office as president in June 2014. According to a statement issued by the State Council, Prime Minister Sherif Ismail, head of Egypt’s Supreme Constitutional Court Adly Mansour, and Minister of Justice Ahmed El-Zind were among a number of officials who attended the ceremony.