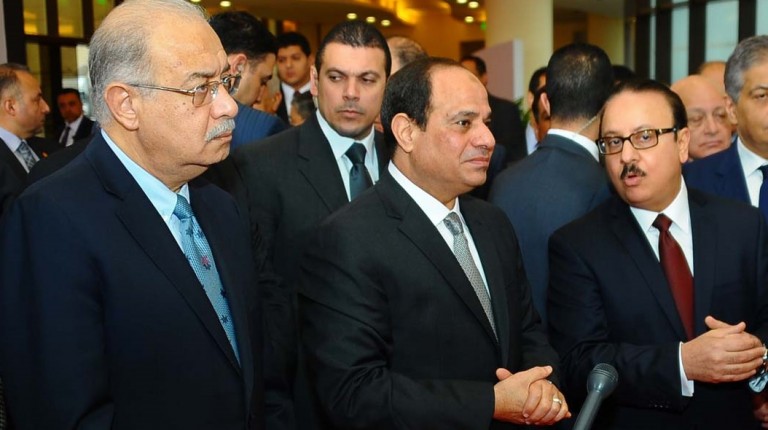 Egyptian President Abdel Fattah Al-Sisi’s visit to the Cairo ICT 2015 conference is proof of the support for the communications sector, Minister of Communications and Information Technology Yasser Al-Qadi said Sunday.

Al-Sisi ordered Al-Qadi to establish two technological zones in one year, shortening the period from the originally planned 18 months, the minister continued during the conference. Egypt has large potential in the outsourcing industry and comes in fourth place globally..

Al-Qadi added that ADSL services will improve during the first half of 2016 since Telecom Egypt will finalise a large part of the company’s infrastructure development.

The government is set to launch the “Hokomaty” (My Government) application to offer governmental services via smart phones for citizens to access its services easier.

Minister of Transport Saad Al-Geioushy told Daily News Egypt the government will also launch a smartphone transportation application within six months. The Ministry of Transport has signed protocols with a number of companies to apply this system and increase safety in all means of transportation.

Al-Geioushy pointed to the importance of using technology in all projects that are set to be implemented, as the delays disrupt the economy’s growth. The ministry was four years behind in implementing this strategy, he noted.

The recent accidents in both public and private transport are due to the lack of a surveillance system with an integrated technology and control systems, Al-Geioushy continued.

President Abdel Fattah Al-Sisi’s visit to the Cairo ICT 2015 exhibition has a political indication that the political leadership is giving due attention to the telecommunications and information technology sector, he added.

Al-Geioushy said the ministry welcomes all investments in the transport and road sector in the upcoming period, noting that technology must be used in all projects.

The Egyptian National Post Organisation’s (ENPO) Chairman Essam Al-Saghir said they are working on developing and modelling 412 post offices at the cost of EGP 150m to be finished by Q1 of 2016.

Mobile devices to be manufactured domestically